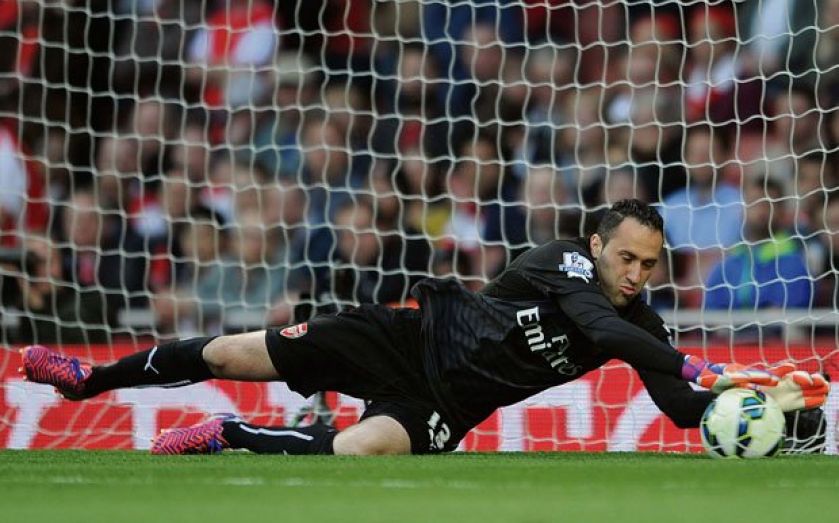 Substitute Bafetimbi Gomis headed a late winner as a combination of tame finishing and a defiant display from former Arsenal goalkeeper Lukasz Fabianski saw the visitors hand the hosts only a second defeat in 35 home league games.

It means Wenger’s men are now reliant on Manchester City dropping points in their final two games, or an unlikely 10-goal swing, in order to claim the runners-up spot for the first time since 2005.

“We were unlucky against a team who refused to play completely and just defended,” said Wenger. “It’s just the kind of goal they can score, with [Jefferson] Montero kicking the ball in the air, and we were short on jumping for the ball. We rushed our finishing; we had plenty of chances in the second half.”

Wenger was undecided whether defender Nacho Monreal or goalkeeper David Ospina were to blame for the goal, offered qualified praise for Fabianski — “he did well but on some occasions we made it too easy for him” — and urged Arsenal to make amends at Manchester United, who sit two points behind them, on Sunday.

“We have still a game in hand,” he added. “What is crucial to respond and show it is an accident today.”

Swansea boss Garry Monk, who has already secured their best Premier League points total, was almost as cool on the prospect of qualifying for the much-maligned Europa League as he was on Wenger’s barbed critique of his tactics.

“That’s a shame, isn’t it,” he said when informed of the Arsenal manager’s remarks. “Three points; whether we deserved it or not is up to you guys. We could have come here and gone toe to toe but with their individual quality they could have hurt us.”

Fabianksi, discarded by Wenger last summer after seven years largely as an understudy, was a mere spectator in a tepid first 45 minutes but, like the contest, burst into life after half-time.

Sanchez, so often the man to crack a stubborn defence, had already hit the side-netting from a tight angle when, for once, he missed the game’s clearest chance to open the scoring.

Midfielder Aaron Ramsey found the Chilean in a pocket of space 10 yards out but his side-footed shot was straight at Fabianski, who also denied substitute Theo Walcott’s follow-up.

That miss was punished five minutes from time when the goal decision review system had perhaps the most decisive use of its two seasons in the Premier League.

Just as in November, when Swansea came from behind to beat Arsenal 2-1 in Wales, it was the combination of left-winger Jefferson Montero and Gomis which brought the winner.

Montero clipped a cross to the far post, Gomis was stronger in the jump than Monreal and replays showed the ball was well behind the line before Ospina clawed it away.