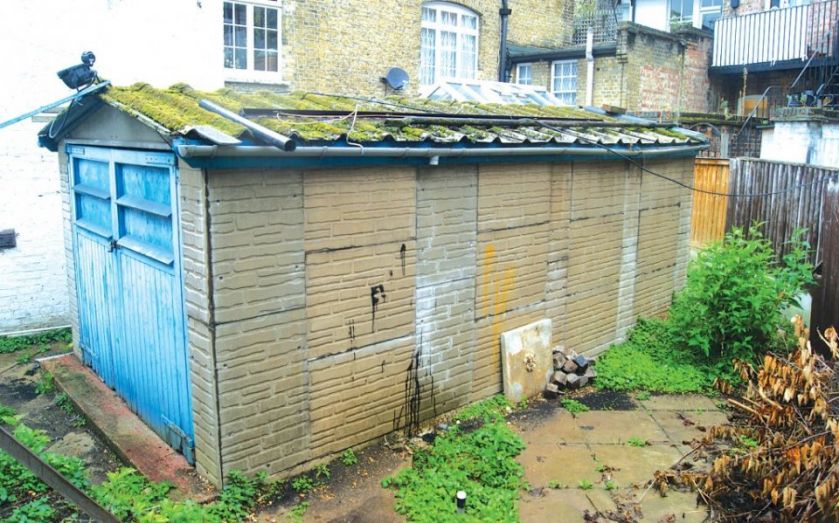 A garage off the King's Road in Chelsea has sold for a staggering £550,000, it has been reported, having been on sale for a mere two weeks.

The garage, which even by outbuilding standards is pretty ramshackle, is 11ft by 7ft – that's enough space for one car. 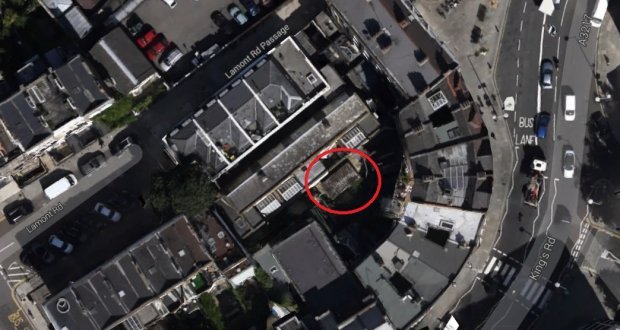 The plan had originally been to put it up for auction at Allsop's residential auction in Marble Arch today, but such is the enthusiasm for properties in Kensington & Chelsea, the property was snapped on Tuesday up after just two weeks on the market.

The garage comes with plans for a two-bed home, The Telegraph reported. The new home squeezes in a living room, kitchen/diner, guest shower room and even an en suite in one of the bedrooms.

The plans even include space for a patio:

And a roof garden:

This morning Nationwide reported the average house price had increased 0.5 per cent to £189,333 in October, which puts this garage at more than twice the price of the average UK home, although data from the Land Registry published yesterday showed the average price in Kensington and Chelsea is more like £1.3m. So the garage's buyers may have snapped up a bargain…