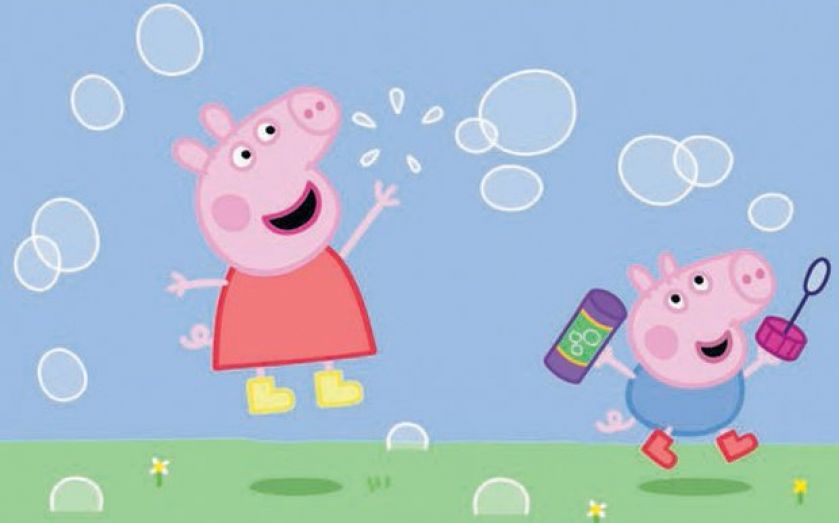 Peppa Pig owner Entertainment One has revealed a £43.9m loss in the first quarter of the year, just days before Hasbro puts a massive takeover offer to a shareholder vote.

The media firm posted a £43.9m loss, up from a £6.8m loss this time last year, blaming higher debt and its acquisition of Audio Network.

Shareholders saw losses per share climb from 0.3p this time last year to 8.3p this quarter.

Hasbro’s offer sent E One’s shares soaring in August to an all-time high. Prior to the offer EOne’s shares were worth less than 400p, but they closed yesterday at 562p.

Today E One said that while family and brands division revenue was “broadly stable”, film and television suffered a poor performance due to “variances in the timing and mix of deliveries compared to the prior period”.

However, it said the market for scripted shows remains “vibrant”, and that its music division continues to grow organically while benefiting from Audio Network’s catalogue.