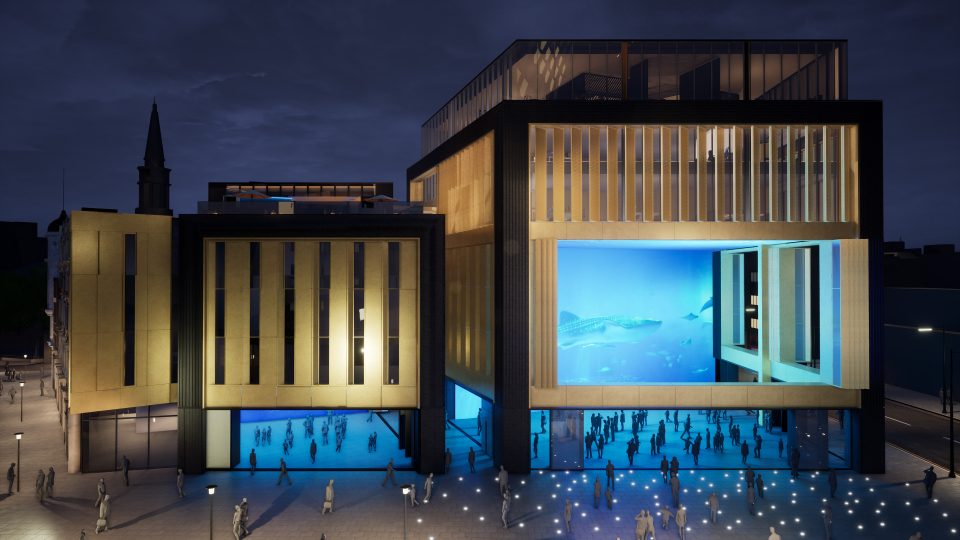 Outernet, a new immersive advertising and live entertainment space under construction in central London, has secured a deal to install the world’s largest deployment of LED screens.

Outernet today said it has signed an agreement, understood to be worth millions of pounds, with Chinese display manufacturer AOTO to provide 8K, 360-degree floor-to-ceiling screens.

The deal will create the world’s largest deployment of LED screens by pixel density, the firm said.

It marks an important step forward for the project, which will create a new media hub offering a unique broadcasting environment in the West End.

Outernet London, located on the corner of Oxford Street and Tottenham Court Road, will boast a 2,000 capacity live music venue, as well as a vast broadcasting display space.

“We’re delighted that AOTO will be our display manufacturing partner for the London site,” said Outernet chief executive Phillip O’Ferrall.

“They have vast experience in narrow pixel pitch LED display which will be vital in delivering the highly immersive experience we are going to achieve with our enormous display canvas.”

He added: “These screens let us create a media environment like no other giving visitors a reason to return again and again and really engage with what they see every time.”

In May Outernet partnered with French giant Technicolor to create a series of AR, VR and AI advertising campaigns to be broadcast in one of London’s highest footfall areas.

Outernet London is set to open in summer 2020.