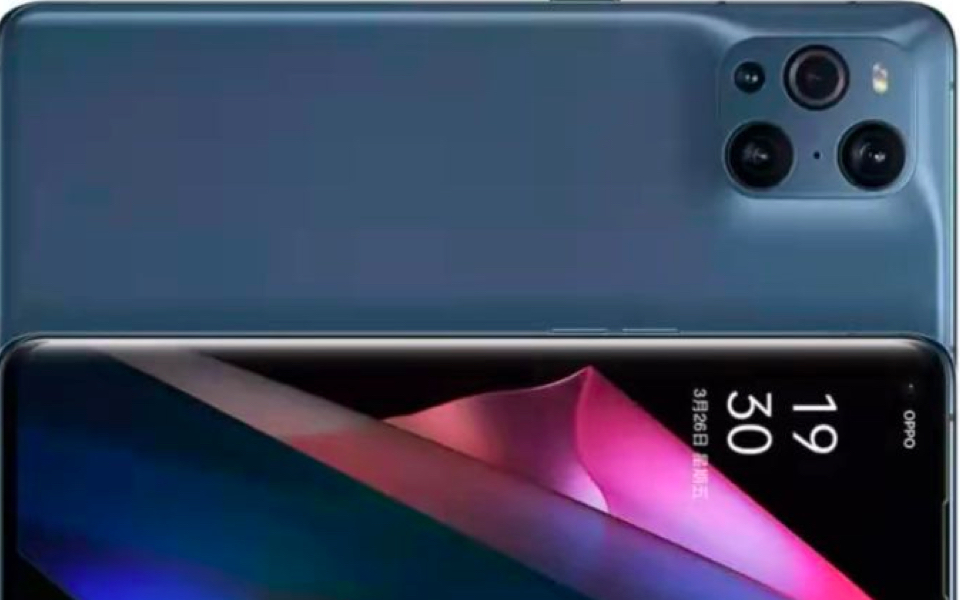 The consumer electronics industry has been hit as hard as any by the pandemic, with companies struggling to even build their products – just try getting your hands on a graphics card or a next gen games console – let alone get them in front of customers.

And while there have been a handful of big handset releases – including the iPhone 12 and last week’s OnePlus 9 – it’s been a relatively quiet year.

This is potentially good news for those manufacturers with huge – like, really, really huge – international customer bases but little-to-no European or US footprint, with Chinese players Xiaomi, Vivo and Realme all attempting to break into the western mainstream with varying degrees of success. This week I got my hands on the flagship device from another Chinese manufacturer, the Oppo Find X3 Pro, which feels genuinely good enough to challenge the Apple/Samsung hegemony.

Sticking closely to the letterbox format now ubiquitous among high-end smartphones, it stands out thanks to its mirrored glass rear, which attempts to solve the problem of a protruding camera array by gently curving the glass to meet the lenses. I’m not sure it’s a better solution, exactly, but it certainly gives the Oppo Find Pro X3 a personality of its own, with its distorted reflections reminding me of Jeff Koons famous balloon animal sculptures.

Switch it on and you’re greeted by a display that’s as good as any in the world, with a resolution that makes the phrase “pin sharp” feel woefully inadequate, and boasting more than a billion colours. The glass falls away at the edges of the screen and the tiny bezel means you get an awful lot of display for your buck.

It goes without saying that top-end smartphones feel super-responsive, but even with this in mind the Oppo Find X3 Pro feels quick. It has a best in class touch response rate, which – apparently – is enough to give you the edge over an iPhone or Galaxy user should you find yourself in the incredibly niche scenario where you’re all playing competitive Fortnight on your mobile phones. In an infinite multiverse, all possibilities are eventually realised, but the chances of this happening in our particular reality seem slim. But whatever, it’s quick.

More practical for business users is the Oppo Find X3 Pro’s battery, which charges remarkably quickly – 60 per cent from flat in 15 minutes – and lasts for well over a day. The charge times meant I rarely bothered to plug it in overnight, just giving it a swift boost when I noticed it running low. It feels like a real step forward in terms of battery life, a sales pitch for the handset right there.

The other big sales pitch is the camera array, with six little digital eyes and sensors and lights adorning the back of the phone, as well as the one hidden in the “holepunch” circle in the top left of the display.

At first glance everything is present and correct: you have the regular lens, a five times zoom, and an ultrawide lens, plus a flash and a temperature sensor. There’s also an unfamiliar camera with a tiny ring light around it. This is the “microscope” and it… well, it takes photos of stuff really close up. Hold the lens between one and three millimetres from your subject and it can capture an insane, often disgusting amount of detail. Here, for instance, are some paint splodges on the back of my hand.

And here is a close-up of the text on my passport, and some purple ink on a packet of chopsticks.

As you can probably already tell, this is a really cool feature that is fun for precisely five minutes, and not a minute longer, after which you will almost certainly never use it again, apart from maybe showing it off to someone in the pub (the aforementioned multiverse theory notwithstanding).

Back in the realms of the useful, the Oppo Find X3 Pro’s other cameras are no let down. The main and ultrawide lenses have 50mp sensors made by Sony and they look fantastic. The pictures really push the saturation (making use of that billion colour display) in a way that somewhat transcends reality but will look lovely on Instagram.

The camera automatically switches to macro mode when you get up close and personal, and delivers crisp, vibrant images with very little effort, as you can see from these nice pictures of flowers in my garden.

And just for good measure, here are pictures taken from the same spot using the wide, regular and zoom lenses.

There are other useful innovations under the hood – such as the 10 antennas hidden around the frame, which switch depending on how you’re holding the phone – but really you’re buying the Oppo Find X3 Pro for the display, the camera and the battery, all of which are excellent. It will set you back more than a grand, which is rather a lot even for all of this, but it’s a genuinely exciting bit of kit, and an absolute must-have should you want to photograph the back of your hand in all its gruesome detail.