The Medium review: A middling next gen horror 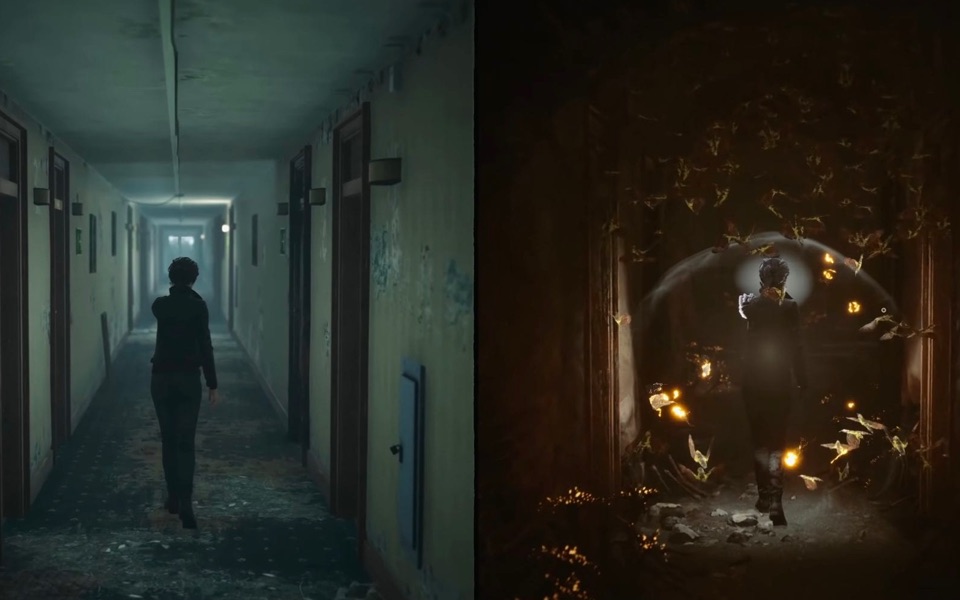 Between Covid delays and a slow start to the new console generation, true next-gen games have been thin on the ground. One of the first titles to debut on Microsoft’s new hardware is The Medium, a dark, bloated and occasionally inspired horror story about a troubled spiritualist, produced by Polish developer Bloober Team.

With a back catalogue including Layers of Fear, Observer and Blair Witch, Bloober has form for creating reality-bending games that mine the rich seam of terror to be found in the idea of losing one’s mind. Layers of Fear centered around a Vincent van Gogh-esque painter trying to escape the inner demons that manifest in his Victorian mansion. Observer, the developer’s best title to date (and spoiler: that includes The Medium) used the idea of digital implants going awry. Blair Witch followed a man plagued by PTSD. In each, the horror came from never knowing what was real: rooms would reconfigure when your back was turned, corridors would loop ad infinitum, a door in an attic would somehow lead to the basement.

Also Read:
The Medium review: A middling next gen horror

The Medium is far glossier and more technically ambitious than its predecessors. It feels expensive. The central gimmick – and after playing all 10-ish hours I can confidently call it a gimmick – is that the main character inhabits two worlds at once: the post-Soviet Poland of the 1990s, and the spirit world, which is where horror cliches go when they die.

Occasionally the screen will split – sometimes horizontally, sometimes vertically – and you control two aspects of your character, one navigating dilapidated buildings and spooky forests, the other a spatially identical netherworld full of pulsating tentacles and grasping, skeletal hands. Such is the strain this places on hardware that players on even relatively high-end gaming PCs have reported stuttering and tearing, although the Series X held up well throughout.

Bloober opts for a dynamic fixed camera, which tracks along with you and cuts when it sees fit. This allows for some appropriately claustrophobic camera angles but also leaves you with frustrating tank controls that were a low-level irritation right until the credits rolled.

For most of the game you control Marianne, a medium who returns to the funeral parlour where she was fostered to bury her father-figure Jack. She doesn’t have long to grieve, however, when a phone call summons her to an abandoned Communist Party holiday resort called Niwa (which means “cornfield”, for what it’s worth).

For a while, exploring the oppressive brutalist architecture is a blast, with the bleak environmental storytelling bringing to mind a Polish take on 2019’s superlative horror game Devotion, which centered around a family in 1980s Taipei. But The Medium isn’t content to be a spooky historical drama – it’s also a heavy-handed love-letter to classic horror video games, especially the Silent Hill franchise. To underline this, Silent Hill composer Akira Yamaoka is brought in to craft the soundtrack, which is both creepy and naggingly familiar.

Also Read:
The Medium review: A middling next gen horror

The gameplay loop is structurally similar to Bloober’s previous games: solve some light environmental puzzles (usually involving a generator); pick up audio logs; make your way through an insta-death stealth section. The latter is the most egregious inclusion, especially given criticism of this exact mechanic in Bloober’s previous games. The studio even tweaked the stealth sections for the re-release of Observer on the PS5.

The split screen mechanic is never satisfyingly utilised, relegated to fairly clumsy spot-the-difference puzzles where the item you need to progress appears in one world but not the other.

The writing, meanwhile, oscillates between ‘just about passable’ and ‘please stop talking’, with characters forever expounding upon whatever’s in front of them, breaking the carefully built sense of immersion.

The further you get, the more the cracks in this world begin to show, both intentionally and otherwise. Like Marianne, the game is forever being pulled in opposing directions. One minute The Medium is a treatise on how the horrors of totalitarianism can ripple across generations, then an intimate study of trauma, then a straight-up ghost story. It’s handling of difficult themes, including child abuse and antisemitism, are heavy-handed, with too many ideas thrown around and an unwillingness – or inability – to follow them up.

Despite its graphical achievements, The Medium ends up being the least distinctive game in Bloober’s horror portfolio, a push towards a middle-ground that hides outdated gameplay under layers of next-gen polish.

Even at 10 hours, it feels too long, filled with functionally-identical puzzles involving your never-fully-explained powers (including a “spirit shield”, a “spirit blast”, and a Batman-esque “spirit vision”).

As a long-term Bloober fan, I still feel this team has the potential to create something groundbreaking, but The Medium continues a disappointing downward trend.