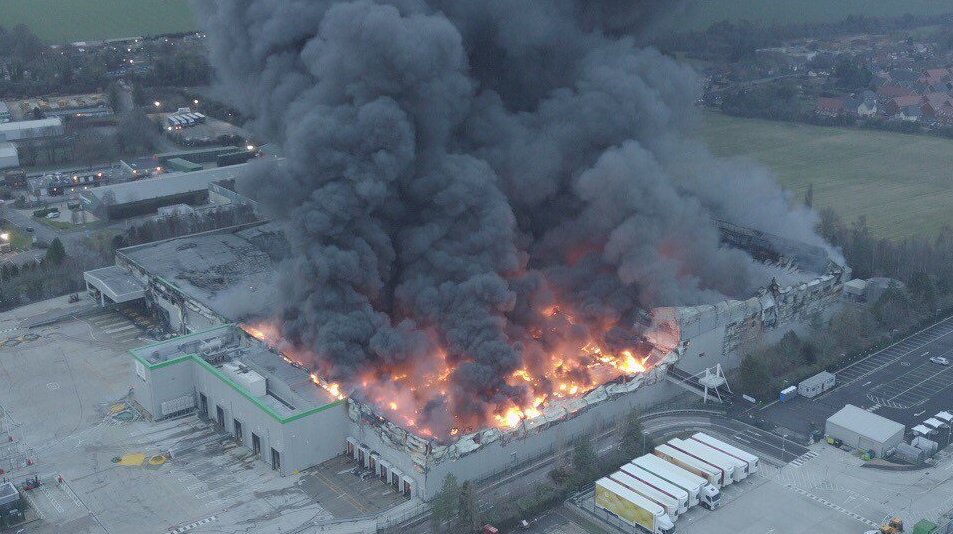 Online supermarket Ocado has filed a patent for a fire-fighting robot as the grocer seeks to improve fire safety at its distribution hubs.

The design will allow the device to work within the grid system at the firm’s robotics distribution centres and will include a spraying mechanism to put out fires.

A fire destroyed one of the grocer’s flagship robotics distribution centres in Andover in February this year.

The three-day blaze sent shares down around 12 per cent at the time, and cost the firm 1.2 per cent in lost sales growth in the first quarter.

An electrical fault on a battery charging unit caused the plastic lid on a grocery carrying robot to catch firm, an investigation by Hampshire Fire and Rescue Service found.

Following the discovery Ocado said it took action intended to eliminate the risk of such an event occurring again. It introduced additional localised smoke detectors and removed the plastic lid on its robots.

Ocado denied reports that robots had continued to move around within the complex during the blaze, hampering the efforts of the fire service.

The supermarket said warehouse robots were immobilised by a safety system when the fire alarm was activated.