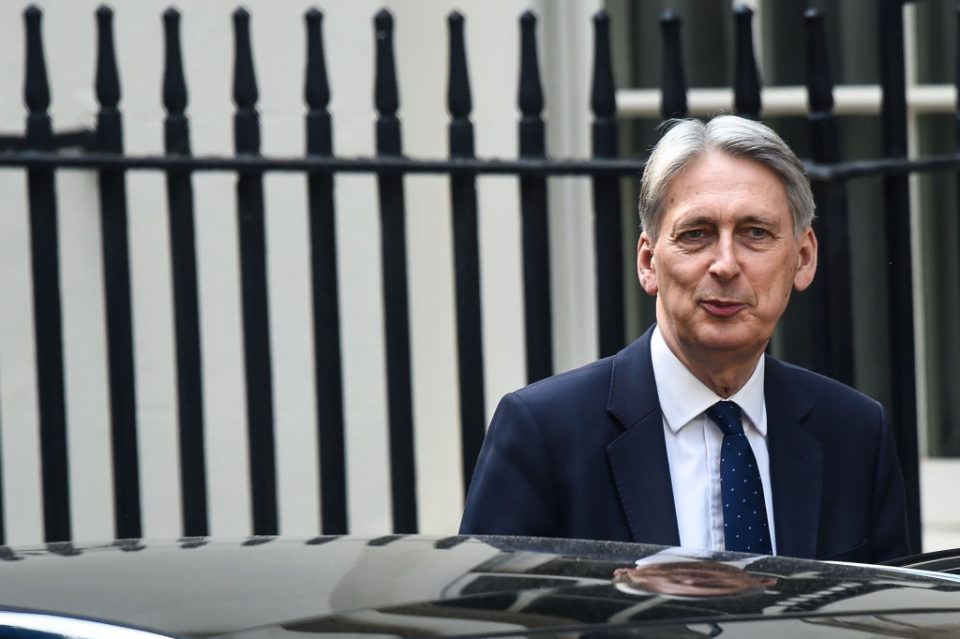 A disruptive no deal Brexit could cost the treasury £90bn – far more than is set aside to cope with such an outcome, Philip Hammond warned today.

Speaking in the Commons, the chancellor claimed that leaving the EU without an agreement would cause such a hit to the UK economy the £27bn war-chest created to deal with its impact would have little impact.

Both contenders to replace Theresa May as Prime Minister have pledged to take the UK out of the EU without a deal if they are unable to get changes to the current withdrawal agreement.

Boris Johnson has promised to take the UK out of the EU on 31 October “come what may” – dialling up the chances of a no deal Brexit.

Jeremy Hunt said on Monday he would make the decision on whether to abandon talks with Brussels on 30 September, and use some of the £27billion fiscal headroom created by Hammond to help the farming and fishing sectors cope with a no deal outcome.

Warning that money might not be enough, Hammond told MPs: “I have no doubt whatsoever that in a no-deal exit we will need all of that money and more to respond to the immediate impacts of the disruption of a no-deal exit, and that will mean there is no money available for longer-term either tax cuts or spending increases.

“But let me go further, the Government’s analysis suggests that in a disruptive no-deal exit there will be a hit to the exchequer of about £90bn.

“That will also have to be factored in to future spending and tax decisions.”

Hammond has repeatedly warned against a no deal scenario.

He then hinted he could join with any attempts by MPs to block a no-deal Brexit, having already conceded it was unlikely he would stay as chancellor once May is replaced.

Hammond said: “We cannot however rule out that that could happen because it is not entirely in our hands but I do agree…that it would be wrong for a British government to seek to pursue no deal as a policy and I believe that it will be for the House of Commons, of which I will continue proudly to be a member, to ensure that that doesn’t happen.”