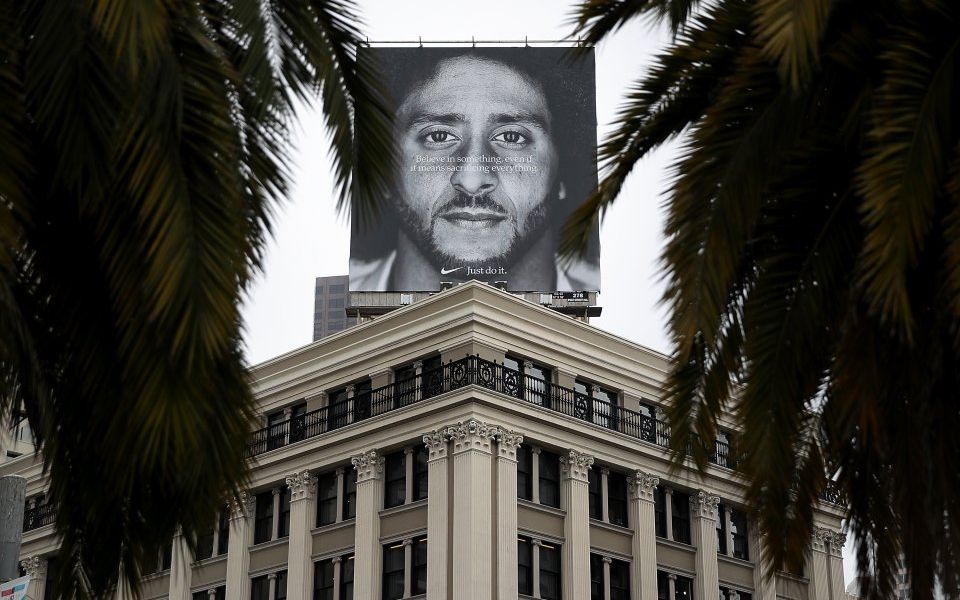 In a call with analysts yesterday following the company's results, Parker said the campaign had caused "record" engagement and is driving sales of its products.

Nike's share price plunged three per cent after the ad featuring Kaepernick was released, but has caused sales to rocket up.

Former San Francisco 49ers quarterback Kaepernick divided opinion in America in 2016, when he refused to stand for the US national anthem at the start of a game to protest racial injustices in America.

It has since inspired other players to remain seated during the national anthem, and has provoked fierce debate across the pond.

"It's resonated… quite strongly with consumers, obviously here in North America, but also around the world," Parker said.

"Like many campaigns, it's driving a real uptick in traffic and engagement, both socially as well as commercially."

He also said Nike felt "very good and very proud" of the campaign.

In North America, sales increased six per cent, representing around 40 per cent of Nike's overall revenue.