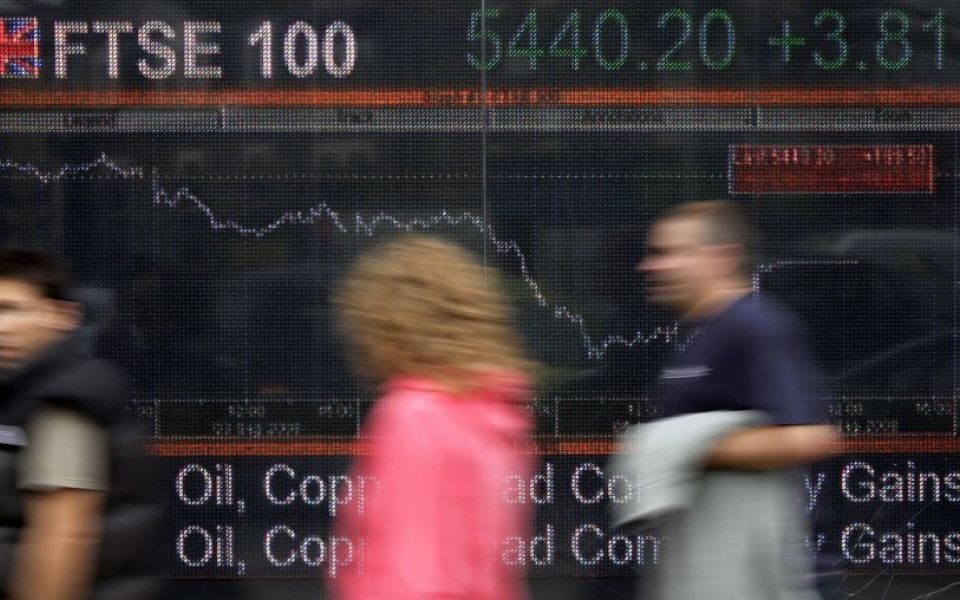 However, the index has struggled to maintain its momentum and push on from that record high reached in October.

Here we take a look at why the index remains near record highs but is struggling to rise higher, and we examine if it’s still cheap going into 2017.

Why is the FTSE 100 near record highs?

Central banks continue to maintain their loose monetary policies. While they pump money into markets and keep interest rates low, it should support demand for shares. The Bank of Englandrestarted its quantitative easing programme, a form of electronic money printing, after the summer Brexit referendum verdict.

With rates low investors look for income on their money which their bank accounts and other investments can’t provide. FTSE 100 companies pay dividends, which provide an income, and the FTSE 100 has been one of the highest yielding major stockmarkets in the world.

So if you need income, and inflation at 1.2% is eating away at some of that income, you may be more tempted to put money into the UK stockmarket, which currently yields around 4%, than a government bond, which yields around 1.39%, for a 10-year gilt.

“When investors come to review their equity market returns for 2016, I think they’re going to be quite happy. But where have these returns come from?

"Is it that we had better profits growth from companies? Well, actually, no – there was some disappointment over the course of 2016.

"Is it that we had better than expected economic growth? In fact, that’s not true either – economic growth looks like it’s going to come in somewhere near consensus was at the beginning of the year.

“So, where have these returns been generated? Well, our feeling is that this might be due to the end of a programme known as austerity.

"The vote in the UK for Brexit has brought in a different government with a different view on spending. Rather than having the austerity of George Osborne we now have Mr Hammond’s fiscal ease, although it’s only a small one.

“The returns we’re seeing today are possibly all about the growth for the future. Now, as we look at 2017, there’s an awful lot more politics coming and possibly some more changes of government.

"However it’s less likely, particularly in Europe, that they will have the same ability to spend more money, so perhaps returns will be slightly more difficult for 2017.”

Why hasn’t the FTSE 100 risen higher?

It is impossible to say with any certainty how a myriad of investment factors move the market.

What we can say is that question marks hang over the outlook for the global economy, which in turn could affect the future performance of companies and prevent investors from putting more money into the stockmarket at current prices.

These global factors affect the FTSE 100 because they have a knock-on impact for the UK economy and because many of the companies are global businesses.

The final question appears to be a particular source of concern for investors.

Dividend cover, which measures the ability of a company to pay dividends from cash generated by the business, has fallen dramatically since 2006.

A dividend cover of around two times, which means the company can cover its dividend twice over through its cash, is considered desirable. The FTSE 100 currently has a dividend cover below one.

From a valuation perspective it looks like investors will need to choose wisely. The FTSE 100 as a whole currently trades on a price-to-earnings ratio of 16.8 times, compared with a long-term average of 14.9 times. The P/E ratio compares shares prices with profits, or earnings per share.

However, if you compare the price of the FTSE 100 to the value of the tangible assets (PTBV) on listed companies’ balance sheets –assets that they can physically value and sell if the company needed to urgently – they are still valued below their long-term average.

At the time of writing they are valued at 3.43 times their tangible book value, compared with the historical average of 3.76 times.

In fact the stocks on the FTSE 100 have not traded above their long-term average since 2009, during the global financial crisis.

So, providing company earnings pick up then on a PTBV basis the FTSE 100 still looks cheap, although not as cheap as it was in 2011.

Which areas of the market look cheap?

Given the ever evolving nature of the FTSE 100 (companies drop in and out of the index every quarter depending on their value) it is easier to look at the UK market as a whole.

This is similar to the price to earnings ratio but with the profits averaged over a decade to mitigate distortions caused by the usual cycles of the economy.

It could be difficult for the FTSE to break new ground given the uncertainty around the global economy but there are opportunities for stock pickers.

“Financials, including banks, are an area where we continue to find opportunities as we feel these could offer the best combination of attractive valuations and potential for earnings to further improve.

“If financial stocks are to continue to outperform we need to see an improvement in the fundamentals: specifically rising bond yields feeding through into a recovery in profit margins.

“Commodity cyclicals (stocks with revenues linked to a commodity product such as oil, steel, gas, mining or bulk chemicals) have been in recovery mode since early 2016 and we expect them to remain positive early into 2017 as balance sheets are repaired and nominal growth picks up.

“The most interesting, but challenged grouping is consumer cyclicals (revenues reliant on consumer spending), which have seen a 10-15% de-rating since June.”