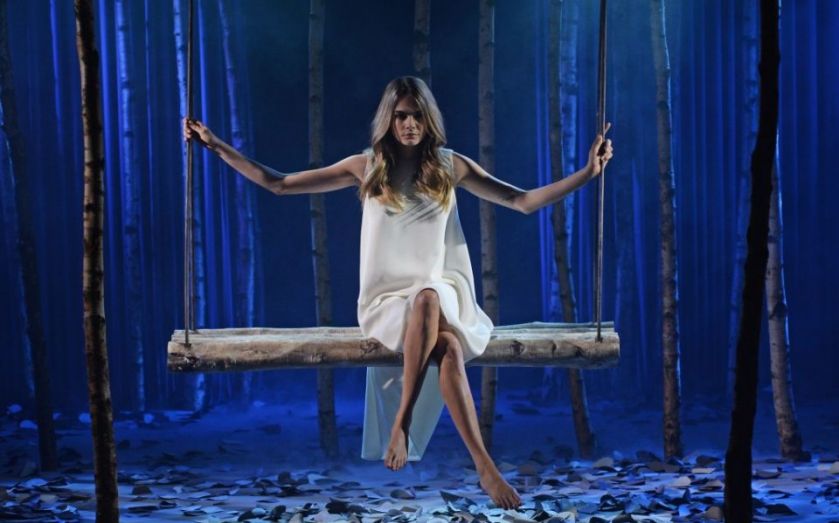 It has been a disastrous year for  Mulberry. However, the luxury goods group puts on a brave face in its light-hearted Christmas camp­aign, which features a woman in an old country pile receiving more and more elaborate gifts from her family as they all battle it out to impress her.
She receives a puppy and even a unicorn. But it is the grandma’s pink Mulberry Bayswater bag that wins the day in this tongue-in-cheek ad meant to remind viewers they can’t go wrong with Mulberry at Christmas.
The ad, created by Adam & Eve/DDB – the same agency behind John Lewis’ Monty the Penguin – shows the lengths to which the Somerset company is going to win back its core UK shoppers after its ill-fated attempt to take the brand upmarket and raise prices.
“We wanted to capture typical British humour,” chairman Godfrey Davis told City A.M. yesterday, as Mulberry revealed a not-so-humorous £1.1m loss in the six months to 30 September compared with a £7.2m profit the same time last year.
But Davis, who stepped back into an  executive role after Bruno Guillon’s exit in March, said steps taken to repair the brand are starting to bear fruit.
“The key thing we set out to improve was our product, which lacked a bit of life and innovation. We were about to go to market with our spring/summer collections so we set about injecting a bit of colour to make stores and products more cheerful,” he told City A.M.
More affordable bags such as the Blossom tote and the Lily have helped to bring customers back to its stores.
“What I wanted to do was to create some fun and interesting products at affordable prices alongside our more expensive ranges. We felt we had to re-engage with our customers, and the marketing team have worked hard on this.”
Traffic to its website has jumped 30 per cent since the launch of its “Win Christmas” advert was launch­ed last month.
And while it may be years before the company is generating the revenues it enjoyed at its peak in 2012, Davis said an eight per cent rise in sales over the past nine weeks showed “significant improvement”.
With Johnny Coca joining as its new creative director next year, Mulberry is cautiously hopefully that 2015 will be the start of a series of successes, rather than a string of profit warnings.