Mini Clubman motoring review: Mini's big dream has been realised with the Clubman 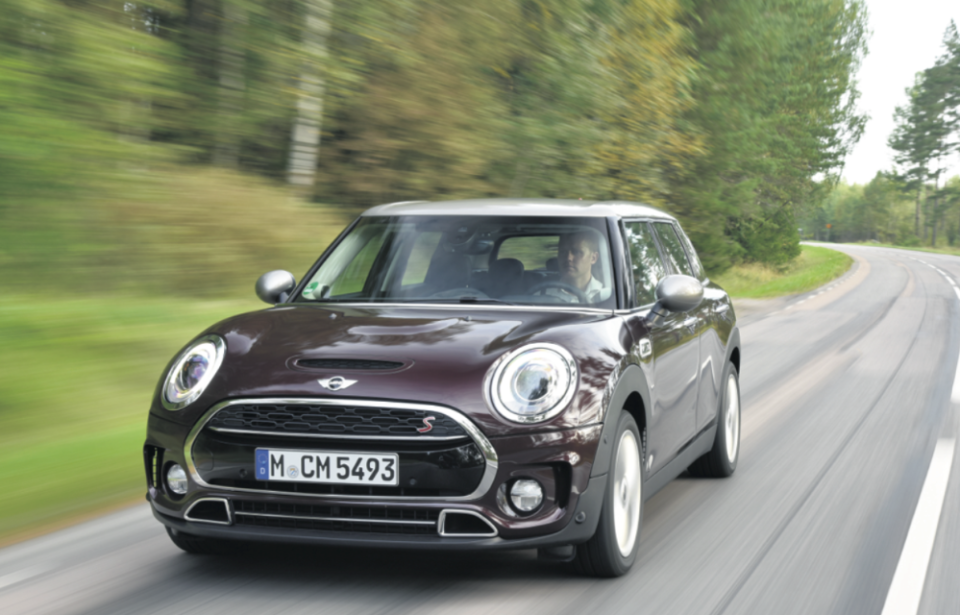 The Mini hatch is a popular car for good reason. Not only does it look good, it feels suitably luxurious inside and it’s great to drive. Perhaps this is why it’s sold by the bucket-load – even edging into the top 10 best selling cars of 2015 so far.

But the Mini has never excelled at practicality. Despite being significantly bigger than the original car (seeing the two side-by-side is like an optical illusion), rear legroom and boot space are hardly remarkable – even in the five-door Mini launched last year.

The manufacturer tried to address this with the launch of the Mini Clubman in 2007. But it was a rather clumsy attempt. Rear legroom was still very tight, and the boot was still nowhere near as big as you’d expect.

Bizarrely, Mini’s original Clubman featured a single ‘suicide’ door that opened the wrong way for access into the rear. Not only did this make it difficult to get to the back seats, it was also dangerous in right-hand-drive markets, such as the UK. Located on the driver’s side of the car, it worked well in Europe, but in Blighty, it meant getting the kids out into traffic.

Inside the Mini Clubman

But Mini’s trying again with the new Clubman, first revealed at this year’s Frankfurt Motor Show. It’s bigger than before – the biggest Mini ever produced, in fact. Yes, Mini is growing up in more ways than one as it’s also clearly an attempt to take on its premium rivals, such as the Audi A3.

The daft ‘Club Door’ has been replaced with conventional rear doors, although the split doors for the boot are retained. It seems Mini has finally managed to make a genuinely practical car. It doesn’t boast estate car practicality, but its boot is competitive compared to its hatchback rivals, and there’s enough space in the back for three adults, if they don’t mind getting cosy.

Inside, everything feels impressively upmarket. Mini has always had a unique take on interiors that isn’t to everyone’s taste, but you’ll be hard pushed to find a cheap finish or badly thought-out feature. Instead, there are retro toggle switches and the typical circular display in the middle of the dash. It might be growing up, but it still looks like a Mini.

It certainly drives like a Mini, too. Despite being anything but mini in size, the Clubman will put a smile on your face whether you’re darting through London or heading out to the countryside. There’s a choice of engines on offer, from the entry-level 1.5-litre petrol to the sporty 2.0-litre petrol Cooper S, plus a frugal 2.0-litre diesel.

At the launch in Spain, we tried the latter two. The Cooper S makes the Clubman a genuinely hot proposition. It sounds fantastic and will never leave you wanting more power. For those who need a good-sized car but don’t want to forgo thrills, it’s the one to beat.

Many will go for the diesel, however – and there’s no denying it does suit the more sophisticated nature of the Mini Clubman. When you’re bumbling around town, it’s incredibly quiet for a diesel but, naturally, it lacks the pleasing burbles you get from the petrol when you increase the revs.

Mini has done a brilliant job of giving the Clubman much-needed practicality, without taking away the sparkle that buyers want. You’ll pay a premium for it – prices start at £19,995 – but for that, you get a genuinely premium car that’s plenty of fun.