M Local selloff: Morrisons' ill-fated attempt to build a convenience arm has become a lesson for the industry 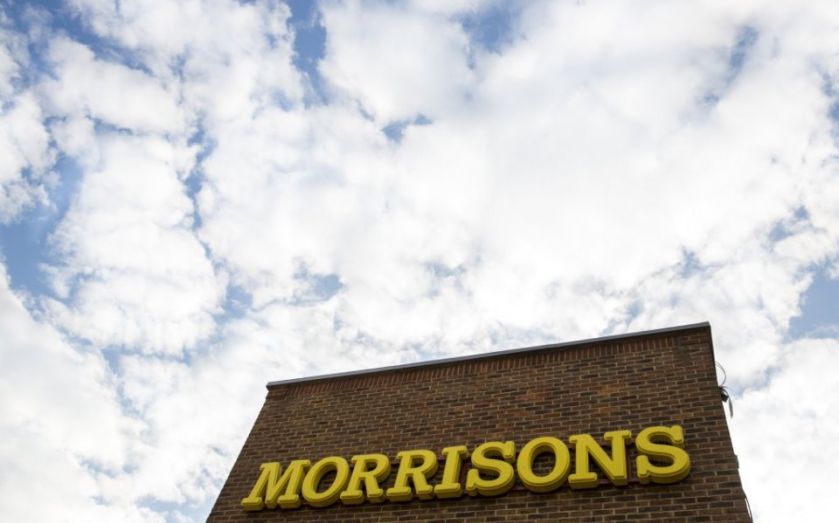 It was a cold day in February 2013 when Morrisons’ former chief executive Dalton Philips was faced with a tough decision.
Film rental chain Blockbuster had just collapsed and Morrisons was one of several suitors circling a portfolio of 50 stores administrators had put up for sale.
Read more: It's a deal – Morrisons ditches 140 convenience stores at £30m loss
Interest from rival players, including The Co-op, meant Philips had to decide in a matter of days whether to buy the stores, leaving little time to consider whether they were in the right location or not.
The grocer was behind its rivals in building a convenience store business and a sharp fall in sales over the crucial Christmas period only served to pile more pressure on Philips to take advantage of administrations such as Blockbuster’s to gain speedy access to high street locations.
Two years on, the Bradford-based chain has paid the price for its scatter gun approach to buying convenience stores, admitting it will take a £30m hit on a deal to sell 150 of its convenience stores to industry veteran Mike Greene.
The new management team led by chairman Andy Higginson has made it clear it wants to get back to basics and focus on strengthening its core supermarket business. Where convenience has proved a success for its rivals Sainsbury’s and Tesco, it has only proved to be another costly distraction for Morrisons.
Had it moved into the market earlier and picked stores in better locations at competitive prices, then it could have been better placed today, Jonathan de Mello, head of retail consultancy at Harper Dennis Hobbs, told City A.M.
“The main challenge facing the sector is the fact that it is becoming increasingly crowded, and Tesco, Sainsburys and M&S Simply Food – given first mover advantage – were able to cherry pick the best sites.
Read more: Morrisons nears deal to offload M Local stores
“[Morrisons’] desperation to build a critical mass of  convenience stores to catch up with the competition led it to over-bid for sites in order to secure them – often with Tesco and Sainsburys only bidding to push up the price as much as possible.
“Average turnover of an M-Local store for example is circa half the average turnover of Tesco Metro – a function of poor site selection. This issue was compounded by the high rent being paid in order to secure the site – leading to very low or negative margins. Morrisons are right to dispose of their stores at this stage given this, and need to start afresh once they have stabilised their core supermarket business,” de Mello said.
Sophie McCarthy, an analyst at retail research agency Conlumino said Morrisons had also failed to adapt its convenience store range, choosing instead to replicate the range of products on offer in its larger supermarkets.
“Morrisons tried to play to its strength in local produce but rather than tailoring the store to the convenience mindset, they made their existing format a lot smaller rather than making it different. Sainsbury’s, for example, have four different convenience formats,” she told City A.M.
Read more: Tesco and Sainsbury's vs Asda and Morrisons: UK’s retailers row over Sunday trading laws
But Morrisons is not the only retailer to have faced challenges in the convenience sector. The Co-operative was the UK’s largest food retailer in the 1980s, when people still shopped locally, and its neighbourhood stores were in effect a predecessor to today’s convenience stores.
That quickly changed when Tesco and Sainsbury’s took over and shopping moved to large out-of-town stores.
Co-op’s problems were exacerbated by its ill-fated £1.6bn takeover of Somerfield just months before the collapse of Lehman Brothers in 2008 and discovering a black hole in its banking arm last year.
Today its market share stands at just 6.4 per cent. Despite still being the UK’s fifth largest food retailer with 2,800 stores, years of underinvestment and inflated prices in its stores saw it lose touch with its shoppers.
However, recent Kantar Worldpanel market share data signalled that its turnaround plan is starting to pay off, with the retailer reporting its second month of sales growth ahead of the big four grocers.
Read more: Morrisons back on the offensive: Has the retailer put its darkest days behind it?
“Co-op have realised that if they are going to win they need to focus on convenience and as a result they have been selling off their larger stores,” Kantar’s head of retail and consumer insight, Fraser McKevitt, said.
“They have also been refurbishing their estate and thinking a lot about opening more stores in the right locations. And now we are seeing results of that.  They have also attracted a new, younger type of shopper that is buying the more classic convenience categories such as chilled food, snacks and alcohol,” he said.
The UK convenience store sector is worth £3.7bn, according to food and consumer goods researcher IGD, and it set to grow to £4.9bn by 2019.
However, Shore Capital analyst Clive Black believes the sector has “reached its zenith”, with the best sites now already snapped up. As retailers improve their superstores with click-and-collect and new Sunday trading laws allow them to stay open for longer, the definition of convenience for consumers may shift again.
The challenge for all supermarkets, and the lesson from Morrisons, is not to get left behind.
Share:
Tags: Company Morrison (Wm) Supermarkets