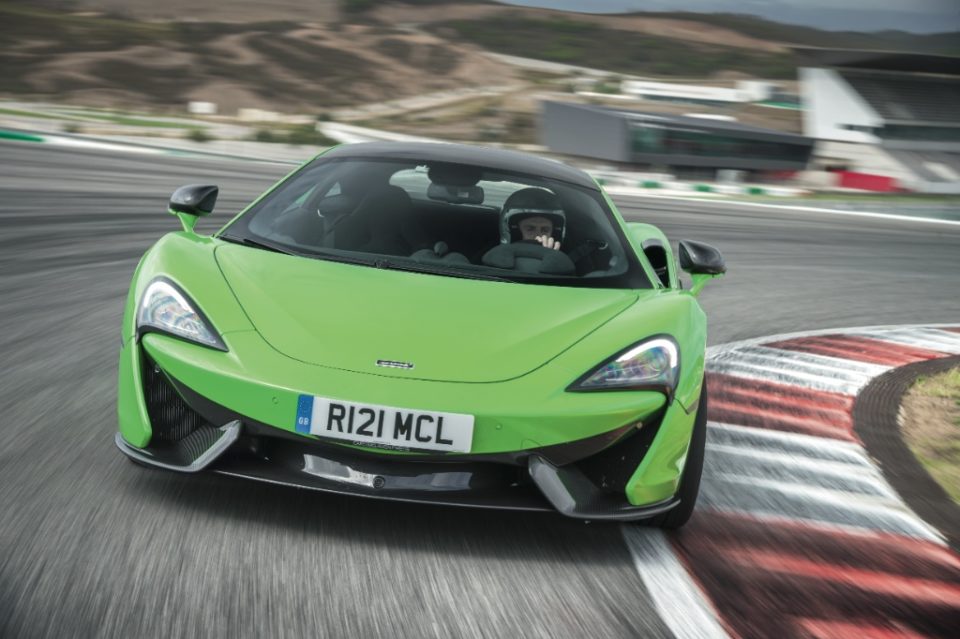 The Porsche 911 is the Volkswagen Golf of the sports car world. Nobody will flame you for buying one, but nobody will raise an eyebrow or turn a head, either. Solid, reliable and trustworthy, it’s like a pair of sensible shoes, albeit one that can reach 200mph.

That’s why Audi did such good business with the R8 when it was first launched: it was a car as usable as a 911, that wasn’t a 911. It was new, different and deeply desirable. It was related to the Lamborghini Gallardo, another 911 alternative, but a frightening one for non-aficionados. The R8 was the sanitised alternative.

But for years, there hasn’t been much new coming along. The chairman of your company probably drives a Bentley Continental, so you might want to avoid one of those; you get a crowd of slack-jawed onlookers everywhere you take a BMW i8, so you may not want one of those either. The Mercedes-AMG GT is more GT than supercar, and the Ferrari 488 GTB is just far too expensive.

It’s incredibly fast, and the sound is out of this world. Engine and exhaust noise are staggeringly exotic, outside and in, for a unique and delicious alternative to the humming Porsche 911 or bellowing Mercedes-AMG. Choose the wildly expensive Bowers & Wilkins stereo option, because it’s superb, but be prepared to turn it off often.

It’s perhaps incidental that it’s got London emissions-friendly kit such as engine stop-start, for 249g/km CO2 and 26.6mpg; of more importance is the fact this could be the most city-friendly madcap-fast sports car in the world.

Take visibility, often an afterthought with fast cars. If it’s thought about at all. It is here. The 570S has a windscreen deeper than it is wide for a panoramic view forwards, plus thin pillars and big side windows. The idea is to make it easier to hit the apex of 150mph corners at Silverstone but it’s just as useful when filtering through the Rotherhithe Tunnel.

The slurring seven-speed paddleshift gearbox is fuss-free, the roomy two-seat interior easy to step in and out of, and the flip-up dihedral doors retain all their car park wow while being more comfortable to use than previous versions. McLaren’s even thought about stowage slots, with cubbies in the doors and centre console.

While it handles remarkably – you could be in a P1, so pure, thrilling and satisfying it is – McLaren’s actually given it a London-friendly ride too, with surprising compliance and shake-off-pothole-ability. You can even get a nose-lift function, so you don’t scrape the front in multi-storey car parks.

Oh, and if you’re looking at the pictures and thinking it’s a bit similar to those 12Cs and 650S that we’re starting to see in the City, don’t worry. Yes, the face is familiar, but the svelte 570S takes on shapely form of its own as you move rearwards. The 3D sides are fantastic and the sculptural, flowing rear is truly beautiful. Get it in Mantis Green and nobody will fail to turn their head.

At last, another sports car that’s not a 911. And after living with it for a month, you won’t be yearning for your old Porsche back, either. Outstanding work, McLaren.