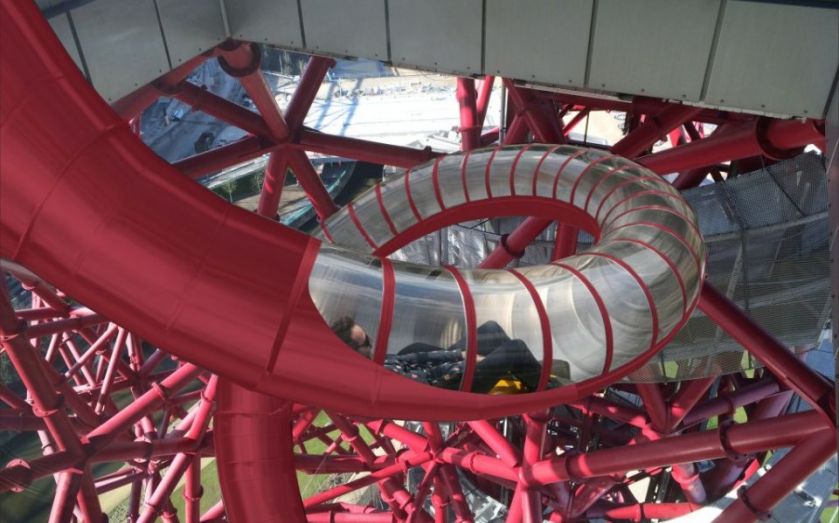 The Queen Elizabeth Olympic Park in North-East London has confirmed it is going ahead with plans to build the world's tallest and longest tunnel slide.

Almost 180m in length and extending 76m above ground, the giant helter-skelter will be wrapped around the ArcelorMittal Orbit Tower, which was designed by Turner-Prize winning artist Anish Kapoor in celebration of the 2012 Olympic and Paralympic Games.
It will circle around the tower five times before ending in a 50m straight run to the ground. It is due to be opened to the public next spring.

The tower is built from around 2,000 tonnes of steel and stands 114.5m above ground, making it the tallest sculpture in the world. By comparison, the Statue of Liberty is a meagre 93m high.
Londoners can already absail down the structure for a fee of £85, but the slide will make the descent a whole lot more exciting.
Peter Tudor, director of visitor services at the park, said:

What more exciting way to descend the ArcelorMittal Orbit than on the world’s longest and tallest tunnel slide. This slide really will give a different perspective of Britain’s tallest sculpture.