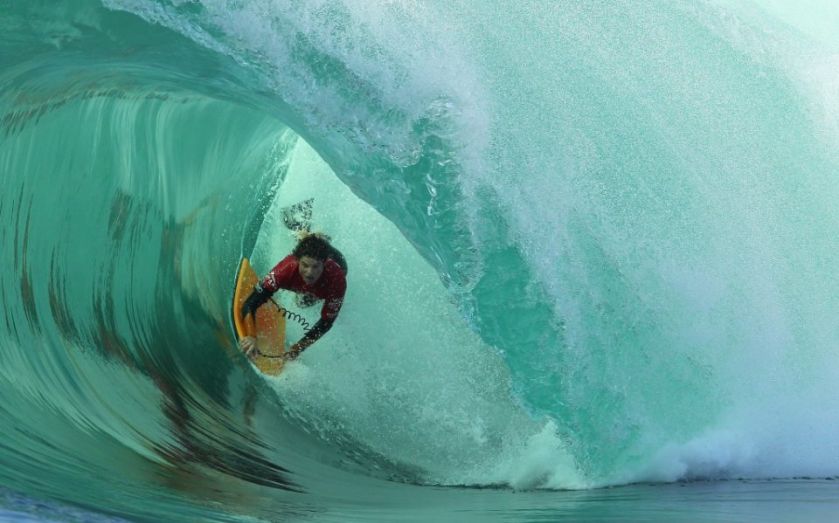 It's not often one of the world's largest real estate consultancies can legitimately say it's had a hand in creating an Olympic sport – but Colliers International could be about to, after it advised on the feasibility and sustainability of a "Wavegarden" surf lagoon, part of the International Surf Association's (ISA) attempt at becoming an official Olympic sport in the 2020 Tokyo Olympic Games.

Surfing is one of eight sports shortlisted by Tokyo 2020 to be included in the games. But the difficulty for surfing competitions is guaranteeing the consistency of the wave.

The Wavegarden lagoon "creates high quality artificial waves on demand", generating two identical waves which break simultaneously for 30 seconds on either side of a central pier, said Sean Young, head of destination consultancy at Colliers.

Here's one we made earlier: the first UK Wavegarden is due to open at the beginning of August (Source: Colliers)

And as those involved in planning for London 2012 will remember, "legacy" is the all-important word when it comes to Olympic planning. But Colliers suggested a surf lagoon could have lasting advantages in Tokyo.

"What [our] study showed, based on our experience and strong financial data, is that a surf park would not only be an investment for the Olympics but it would also have the longevity as a commercially successful leisure destination for residents and tourists for many years afterwards. A surf park in Tokyo has a strong basis for a long-term legacy.”

The company has form when it comes to scoping out the potential of Wavegardens: it advised on the UK's first lagoon, which is due to open in Snowdonia on 1 August, as well as nine other projects across the world.