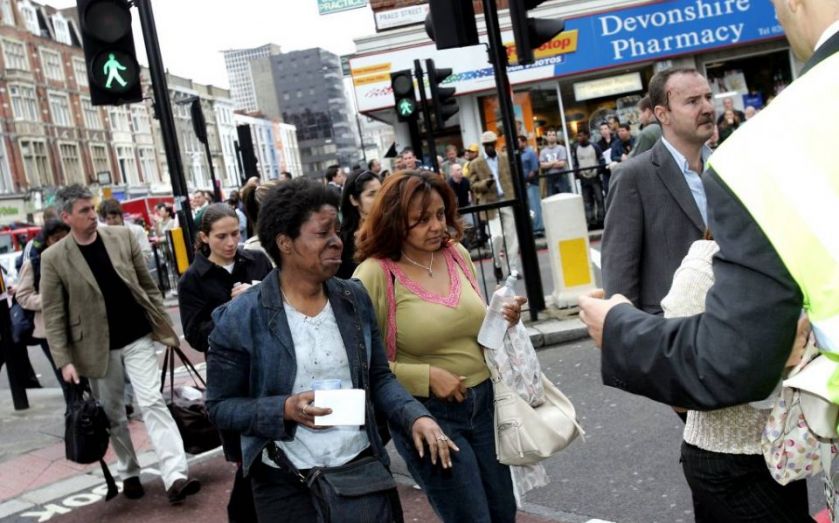 On the morning of Thursday 7 July 2005 three bombs were activated at around 8:50 a.m. on underground trains just outside Liverpool Street and Edgware Road stations, and on another travelling between King's Cross and Russell Square. An hour later, there was a fourth explosion on a double-decker bus in Tavistock Square.
In total 52 people lost their lives and nearly 800 were injured, many of them horribly. Everyone will have their own memories of that terrible day. Many will be far more vivid and more painful than mine. But I will certainly never forget it – neither the day itself nor the days afterwards.
I was in Singapore. We were celebrating having won the Olympic bid when my private secretary received a call from London to be told that there might have been a terrorist attack on the Tube network.
As the full scale of the atrocity became clear, those of us representing the UK in Singapore could think about just one thing. We had to get home.
I have still in my mind a kaleidoscope of images and sensations after my return the next day. The anguish etched on the faces I saw of the forensic teams working in the Tube tunnels. The makeshift morgue at Angel. Bodies that had been terribly mutilated prepared for the families in the chapel of rest.
I have learnt since that many Londoners had been surprised at how pleased and proud they had been when London won the Olympic bid. It may be that our natural register is not boastful. We had not been viewed by the international sporting community as the favourites. So we had not expected to win, and we were delighted by our own delight when we did so. There was euphoria in the air.
Many Londoners were struck by the contrast between the 6th July – when we defied the odds to win the Olympics – and the 7th July when the bombs exploded, and so many hopes along with them.
Just 24 hours later euphoria had given way to disaster, despair, gripping apprehension, unbearable anxiety. The finality of lost lives for which there could be no preparation. The despair of those maimed by the bombs whose lives and capabilities were changed forever. Unspeakable worry and racing terror for those who could not contact friends and family.
The many acts of unsolicited kindness from those not directly affected. The mobile network collapsed under the pressure. So many distressed calls for help, so many plaintive requests for reassurance went unanswered in the void. But then, for the lucky ones, the network was restored and the call came.
For some, though, the call did not come and never will. For some the connection will never be restored.
The people who died 10 years ago are often reduced to their combined number. 52 people died in the attacks. But they were not just any 52 people.  They had lives.  Each one loving and each one loved – then, still and forever.
This article is based on a lecture Tessa Jowell delivered on 29th June 2015 at the invitation of the 7/7 Memorial Trust.