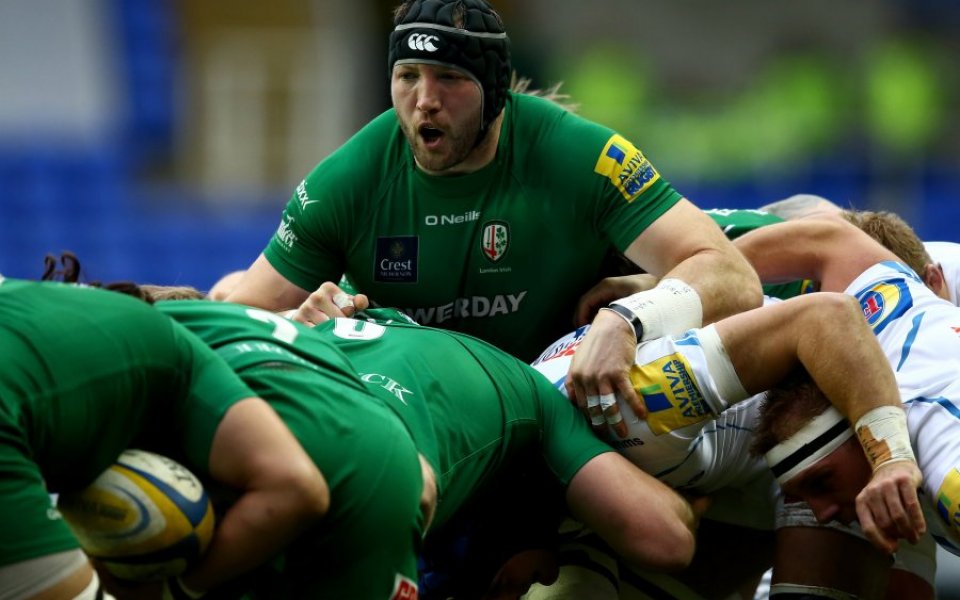 London Irish and Saracens will play each other in New York in the Aviva Premiership's first ever overseas fixture.

The two London clubs will swap the Big Smoke for the Big Apple on Saturday 12 March, with the Exiles' home fixture set to be staged at the 25,000 capacity Red Bull Arena, home of the New York Red Bulls football team.

London Irish chief executive Bob Casey said the club intended to be at "the forefront of the development of the game in the USA".

Playing a game abroad has been on the mind of the 117-year-old club since 2011, when then chief exec Andy Martin talked up the idea of playing a Heineken Cup tie with an Italian team in Boston.

Their opponents for the historic fixture have also been happy travellers. In 2012, Saracens played a non-competitive match against Asia Pacific Barbarians in Hong Kong and a Heineken Cup match against Racing Metro in Brussels, while proposed games in UAE and South Africa have been called off.

According to a 2014 study, rugby is the fastest-growing sport in the USA, with participation numbers increasing 81 per cent from 2008-13.

And in recent years professional teams from around the world have increasingly looked to convert those participants into spectators.

Australia and New Zealand have both staged full internationals in Chicago in the last two years, Saracens had a scheduled (later cancelled) game against New Zealand's Crusaders in New Orleans in June and Harlequins played a warm-up match with the US national team in Philadelphia in August.

A proposed June fixture between Leicester Tigers and the NRFL Rough Riders  – a team made up of rugby professionals and American Football converts – was cancelled after not receiving a sanction from USA Rugby.

Yet the Exiles' meeting with Sarries is the first competitive European club match to take place in America.

"Our sport continues to grow in the United States," said USA Rugby chief executive Nigel Melville. "We believe this event will be another big step forward in the growth of the game."

Premiership Rugby chief Mark McCafferty said: “There are ambitious plans to grow the game in the States and this is the latest stage in that strategy."

Correction: This article has been amended to state that the Saracens v Crusaders game was cancelled.