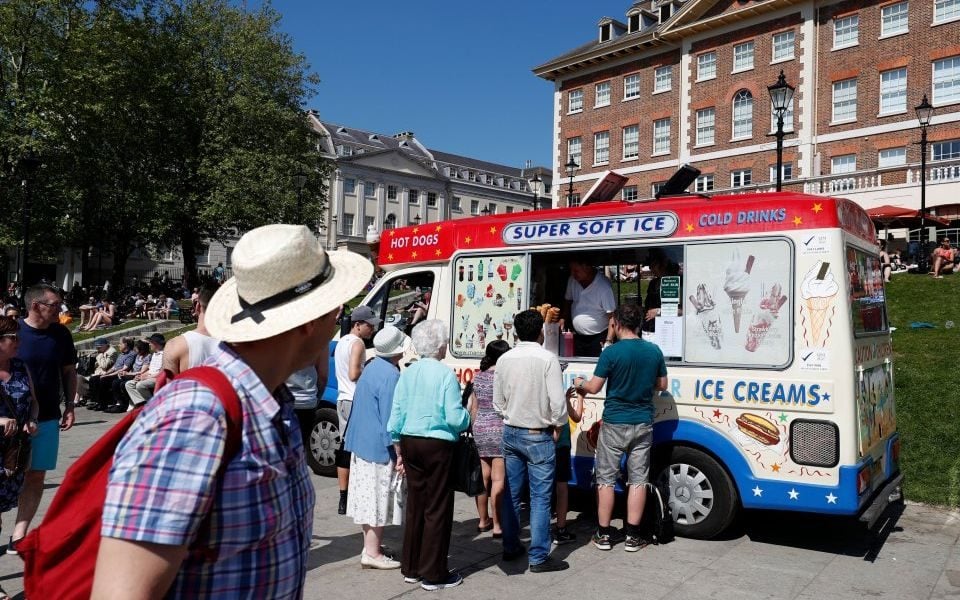 Bad news, Londoners – just as the weather warms up it appears ice cream vans could be banned from some of the capital's boroughs this summer over air pollution fears.

Camden and Westminster councils are taking a range of measures to restrict the operation of the vans in an effort to reduce pollution levels on the city’s streets.

Most ice cream vans use diesel engines, which are kept running while parked to keep their freezers cold, leading them to be viewed as a particular environmental menace by authorities keen on improving air quality.

Camden council will be putting up “no ice-cream trading” signs in some streets in the borough, after banning them from 40 streets, while Westminster council is particularly keen on reducing the number of idling vans – including ice cream vans – around schools.

A spokesperson for Westminster council said : “Idling vehicles pump out harmful chemicals like NO2 [nitrogen dioxide] and black carbon into the air which is why the council is introducing measures to reduce and, in some cases, remove this traffic around schools and other public spaces.”

"We are changing the way people think about idling and have convinced more than 14,000 people, including some of the biggest delivery and taxi companies, to join our #DontBeIdle campaign to cut out idling".

The London Local Authorities Act already prohibits the vans from trading for more than 15 minutes in a given location, or returning to the same location on the same day.

With the introduction of the new ultra-low emissions zone, vans in central London already have to pay a charge of up to £100 a day, and so these new changes on top could mean that ice cream sellers could find themselves in even more of a sticky situation.