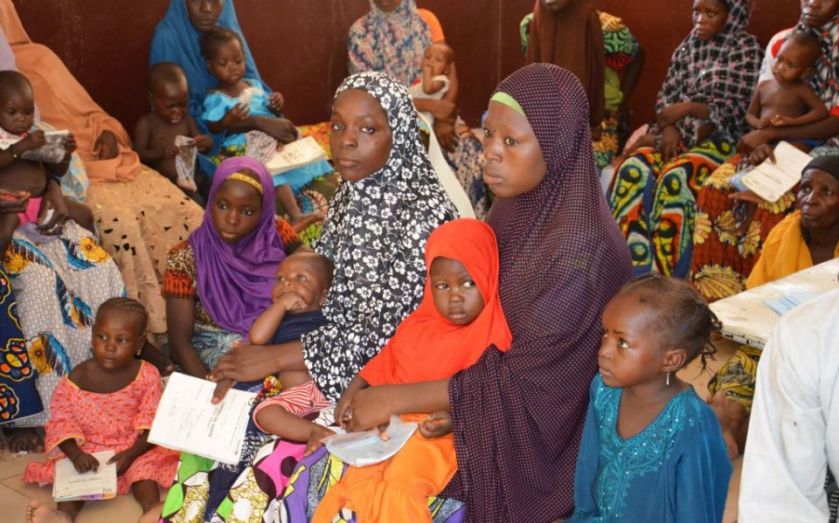 Most people are familiar with the Lend Lease arrangement between the US and the UK during the Second World War, wherein the US government provided Britain and other allied nations with supplies to support the war effort.
Fewer will be aware of the food parcels that US citizens generously sent across the pond to our needy ancestors in those dark days of conflict. This simple yet effective act of generosity gave birth to the global charity Care which, this year, as Care International, celebrates its seventieth anniversary.
A more recent venture from the charity’s thriving UK branch, Care International UK, is “Lend with Care”, and it is helping to lift some of the poorest people on earth out of poverty with dignity, by providing them with loans so that they can start or expand a business.
I have seen it in action in the desert wastes of Niger, a north African nation rich in uranium, but picked over by post-colonial powers and abused by local terrorist forces and their unpleasant allies. In Bosnia, I saw the tragic, brave widows of Srebrenica welcome its good offices as they sought to carve a living from the land, but required a small denomination leg-up to buy chicken, cattle or seed.
On the ground, there are trained advisers who guide the applicants through the paper-work and, if they are successful, help them maximise the benefits of their loans.
Read more: Starbucks pledges living wage and interest-free loans for rent to workers
The formula is elegant and effective. You, the “investor/lender”, set a budget – mine is £500 – and choose, from the list on the website, who you want to help and with how much.
The minimum is a manageable £15 but, beyond that, it is entirely personal and between the supporter and recipient. Options are listed by country and by area of activity: from Cambodia to the Philippines; from farming to modest retail ventures.
Candidates for loans publish a brief business plan, set a budget and tell you a little about who they are and what their dreams and ambitions are. Once you have decided who you want to “invest in” – and that is the appropriate language – you chose an appropriate amount and click. It’s done.
However, unlike the lovely clunk of coinage in a can, or the discreet rustle of paper money on a collection plate, it doesn’t end there. Each month I get an email telling me “entrepreneur X” has repaid “amount Y” until my investment is repaid. It can be a trickle: a few pennies or a few pounds. Once that loan is cleared, I choose someone else and do it all over again.
My “dividend” is the joy of thinking someone, on the other side of the world, is seeing their dream come true – my modest punts have never been abused: in over a decade, bar notional interest, I have never lost a penny.
Through my support for Care International UK, I also got involved, a couple of years ago, with the Banking on Change campaign. It was launched in conjunction with the charity Plan UK in 2009, and was designed to introduce the idea of safe saving to the millions of unbanked people in developing countries, especially farming folk.
The charity’s partner is Barclays Bank; one of their people in Uganda said to me: “Care International UK bring the knowledge, we bring the financial muscle”. This alliance offers something more than a few more chickens, laying a few more eggs in the Balkans; more than another mobile phone kiosk in Africa. It offers a gentle, subtle entrée to the ways of money and, yes, of capitalism.
Read more: World's third richest man Warren Buffett donates $2.84bn to five charities
A little surplus revenue can be made safe; a deposit for a purchase can be saved; a loan can be granted; shops are bought and houses are built. The basic, small-loan model thrives but the potential, commercially and educationally, is exponential.
It is transforming, from tiny beginnings, the financial security and life-chances of some of the most needy. And it is well and safely done.
Two years ago, I chaired a session at Davos for Care International UK and Barclays on the potential of the Banking on Change programme. Both the Gates and Clinton Foundations attended, along with a host of other bankers and lenders.
“Mighty oaks from tiny acorns” and all that, but take a look at the Lend with Care and Banking on Change websites – you’ll find a way of doing some immediate good but may also be tempted to become part of something that is truly transformational.
Lend with Care recently lent its seven millionth pound; and I do mean “lent”. In this era of sharpened corporate social responsibility, few enterprises tick both the commercial and the compassion boxes quite so well.