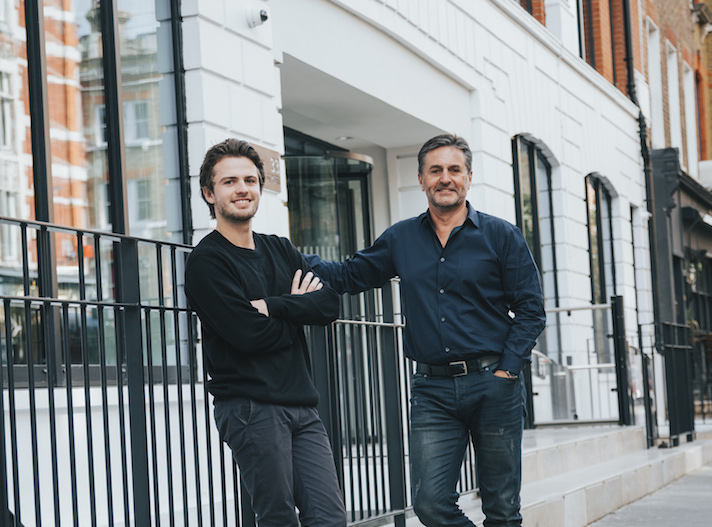 Here in the UK, there are really only two ways for consumers to pay for a purchase. Whether buying in a store or online, people will either pay upfront, using cash or a debit card, or they’ll use a credit card, which they can settle at a later date.

There are drawbacks to both methods. Paying upfront can take a big chunk out of your finances if you’re buying something expensive but necessary, like new shoes or decent work clothing, and will leave you with less money for the rest of the month. And for those who don’t have a regular income, are on a lower wage, or have a tight budget, paying upfront may simply not be possible.

The alternative is to use credit, which means you can settle the bill later on. But this can add up quickly, leaving you with a big bill to pay off at the end of the month. Plus there are the risks of incurring interest payments – or worse, falling into a debt spiral.

Getting access to credit in the first place also shouldn’t be taken for granted. Young people with little to no credit history can find it hard to get a card from a lender on good terms.

There have been several attempts to provide consumers with alternatives to a standard credit card. Some have caused more problems than they’ve solved, such as payday lenders charging eye-wateringly high levels of interest, or hire-purchase schemes which end up costing the customer far more than the original product was worth – in recent years, MPs have called for more regulation of such schemes, as customers are being “ripped off”.

It’s based on a model known as “layby”, where customers reserve a shop item, then pay for it in instalments and collect it once it’s paid for.

Layby is common in New Zealand and Australia, and was briefly practised in the UK under the name “layaway”.

But the model has its own drawbacks – the consumer must wait until they’ve paid in full to get the product, and it’s a headache for retailers, which have to dedicate store space to the reserved item.

Laybuy, however, flips this model on its head. Customers can choose in store or online to “pay by Laybuy” – they sign up to an online platform, pay for one sixth of the product upfront, and settle the rest in instalments over the next five weeks.

The consumer gets to take the item home with them straight away and can more easily budget paying it off, while the store makes the sale as usual.

It’s relatively similar to the payment app Klarna, which allows consumers to buy now and pay later, but Laybuy’s repayments are more spread out and flexible. Also, it doesn’t make money from charging interest, but instead takes commission from the retailer of around four per cent.

Laybuy has proven popular in the company’s home region since launching in May 2017 – it’s available in over 4,500 stores across Australasia, and has a customer database of around 500,000 people. It launched here last October, and currently has around 340 merchants on its UK platform, including big brand names like Footasylum and Bailey Nelson.

What’s the appeal for retailers? We’re all aware about the perilous state of the high street, but Laybuy can bring more custom to these merchants. Instead of heavily discounting their goods in order to encourage sales, shops can sell products at full price, while consumers can use Laybuy to make the purchase more affordable. The company has data showing that its system helps to boost sales.

“It’s a proven model now,” says Gary Rohloff, who co-founded Laybuy with his son Alex. “We’ve got all the stats to show that this increases the average order value for the retailer, and increases conversion online. Consumers are now coming to our website to look for other retailers who offer Laybuy, so that they can buy from them.”

On the consumer side, Laybuy is useful for helping people to build up their credit score. It uses Experian to perform affordability checks of customers, and caps their credit limit accordingly: low scorers will start off with a £60 limit, while top scorers can access up to £720. Once users demonstrate that they can pay back Laybuy, their cap can increase.

“Our data feeds back into the Experian database, so we’re helping young people get on the credit-scoring ladder without having to get a credit card, because they’re getting a positive affirmation when they are consistently responsible on Laybuy,” he explains. “That’s a good thing, because what we have discovered with all our research is that young people don’t like credit cards.”

And unlike credit cards, there’s no risk of a debt spiral with Laybuy. The service is interest-free, and if a customer misses a repayment, their account is frozen. They then have 24 hours to pay, or be charged a (relatively modest) late payment fee of just £6.

If the customer defaults, the account is eventually referred to a debt collection agency, and their credit score will be negatively impacted. But Rohloff is proud to say that Laybuy has a default rate of less than one per cent.

According to Rohloff, the service has two main groups of users. The first are those aged 45 and over, who he describes as “savvy shoppers” using Laybuy as an interest-free loan. The other are those aged 22 to 32.

“They are using Laybuy for all sorts of things from fashion, to events (we do ticketing), to travel, to beauty products, all those things that require the use of discretionary income.”

Read more: That's a wrap! The boss of Tortilla talks about the business of burritos

But Rohloff adds that the platform appeals to anyone. He recalls one story about a mother in New Zealand who got in touch with Laybuy to express her gratitude.

“She dropped us an email to say ‘I’d like to thank you, because for the first time at the start of the winter season, I can afford to buy my kids a raincoat each, because I can’t afford $120 in one hit, but I can afford $20 a week’.”

People who never have to worry about getting credit or paying upfront for purchases may not realise that there is a gap in the market for those consumers who find this challenging. But Laybuy is offering this group more choice in how they budget and afford the things that they want, in a way that is responsible and consumer-friendly, and can increase sales for retailers. At the end of the day, more choice is always a good thing.