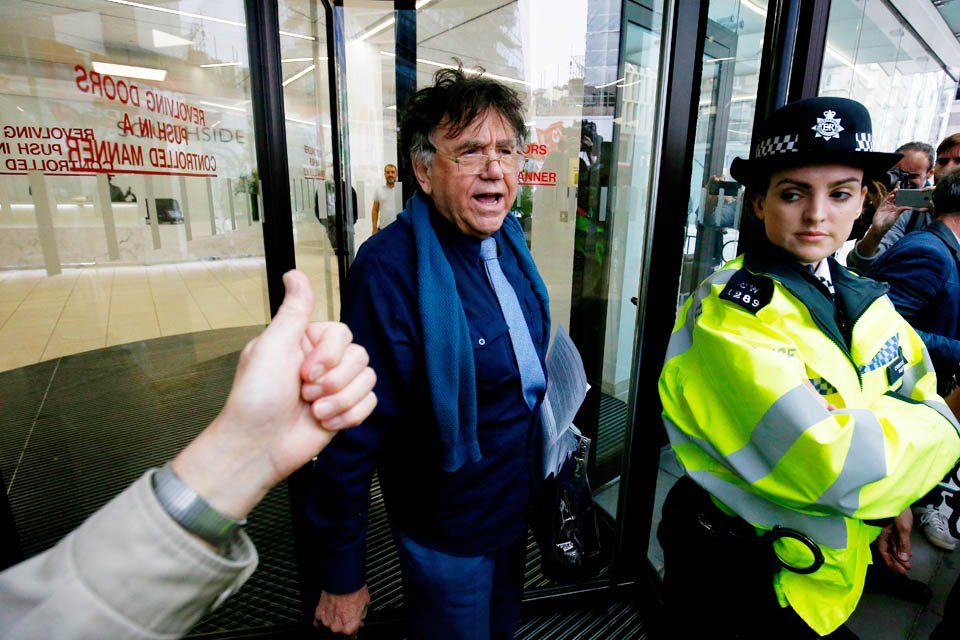 The Labour Party has suspended a member of its national executive committee today after a recording leaked of him blaming the Israeli embassy for recent complaints around anti-semitism.

Peter Willsman, a Labour party veteran, said that a letter attacking Labour anti-semitism, signed by 68 rabbis, was "obviously organised by the Israeli embassy".

In a tape recording obtained by radio station LBC, Willsman accused the Israeli embassy of whipping up anti-Semitism allegations in a bid to attack the party while also accusing party staffers of working "indirectly" for the embassy.

Several Labour party figures expressed outrage at the comments this morning, calling on Willsman to resign and be suspended.

A Labour spokesperson said: "Peter Willsman has been suspended from the Labour Party, pending investigation."

Ruth Smeeth, parliamentary chair of the Jewish Labour Movement, said Willsman "shouldn't be in the Labour Party, never mind a member of our ruling body".

The comments come just days after the Equality and Human Rifghts Commission announced it was launching a formal investigation into whether the Labour Party acted unlawfully discriminated against, harassed or victimised people because they are Jewish.