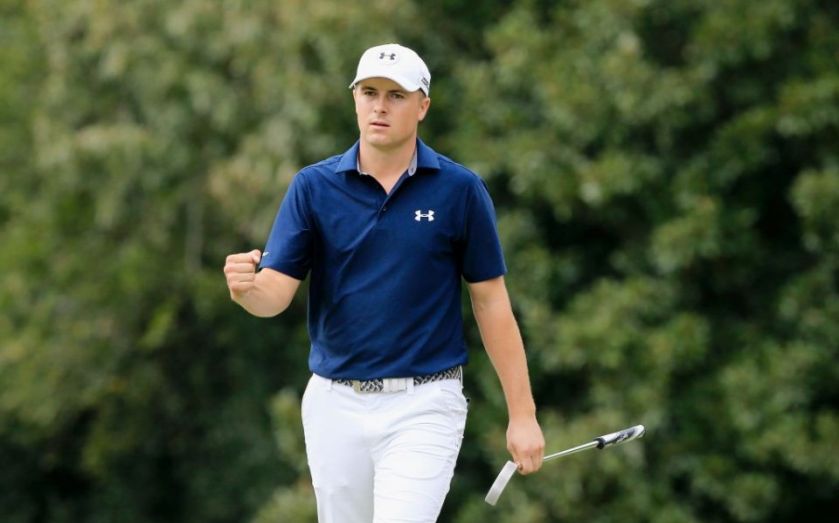 Jordan Spieth finished his remarkable breakthrough season with $22.03m (£14.5m) in on-course earnings after he won the Tour Championship in East Lake, Atlanta to secure this year's FedEx Cup.

Read more: Jordan Spieth caddie could earn up to $180,000 in prize money

The Texan picked up the $10m "bonus" that comes with winning the season-long FedEx Cup and $1.5m in prize money for winning the Tour Championship to add to the record $10.5m he's already earned from prize money throughout the season.

Never before has a player on the PGA Tour ever made as much prize money in a single year – the previous record belonging to Vijay Singh who made $10.9m in 2004.

Spieth's runaway victory at East Lake saw him regain the world No1 spot from Jason Day after drawing level with the Australian on five championships in the year.

Yet Spieth also became the first man since Tiger Woods in 2002 to win the Masters and US Open back-to-back and benefited from the record prize money at both tournaments.

The two Major titles earned him $1.8m in prize money apiece and helped push him to the top of the PGA Tour prize money leaderboard where he now sits with $12m for the year (the $10m FedEx Cup paycheque technically counts as a "bonus" and not Tour prize money).

Despite still being in the infancy of his career at 22-years-old, Spieth has already earned $31.3m from on-course earnings meaning he's already counted amongst the 20 biggest earners in PGA Tour history.