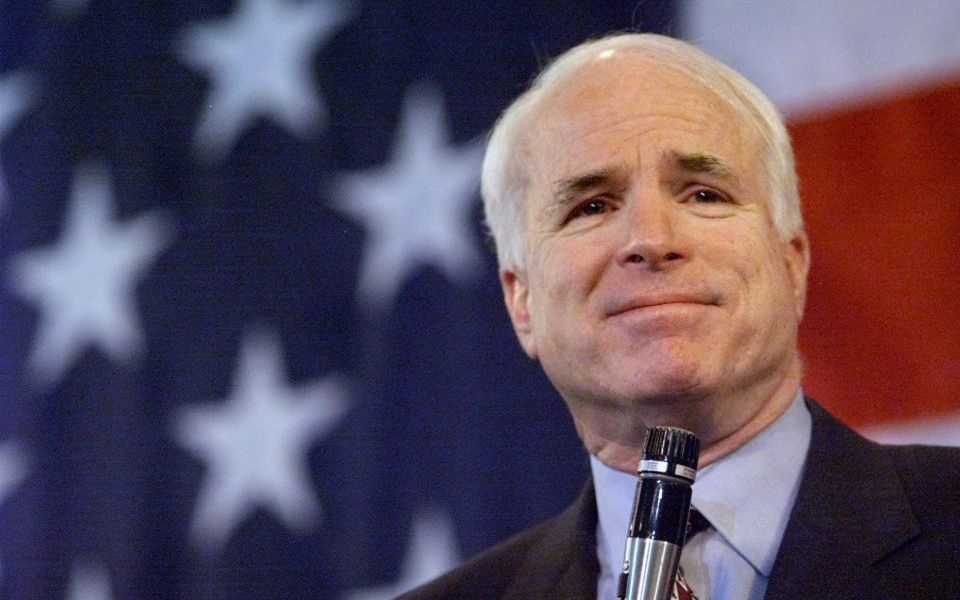 Millions of words have been written about US senator John McCain since his death last weekend.

He has rightly been lauded as a statesman, a hero, a maverick (his own term) – but one accolade that has been missing is his role as a champion for taxpayers.

Given his military background and heroism during the Vietnam War, McCain was always listened to carefully on foreign policy issues. But he was equally well known in the 1990s for his fight against earmarks and “pork barrel” spending.

“Pork” refers to funding for specific programmes which benefit people in a concentrated area but whose costs are spread across all taxpayers. It is requested by a specific member of Congress, not by a Federal Agency. A good example from the 2006 Citizens Against Government Waste “Pig Book” was the $500,000 given to the Sparta Teapot Museum in North Carolina.

From his seat in the Senate, McCain fought an often lonely battle against this sort of wasteful spending, and fearlessly attacked egregious earmarks (designated funding), whether they advantaged Democrats or Republicans.

Indeed, some commentators attribute his loss to George W Bush in the 2000 Republican primaries to the noses he had put out of joint through his campaigning on this issue in the 1990s. Had he been less principled and less threatening to special interests, he might well have beaten Bush and become the 43rd President of the United States.

McCain continued his war against government waste, despite the ongoing unpopularity it caused him with some factions of the Republican party.

With the Republicans holding not only the presidency but also both the Senate and the House of Representatives, 2006 marked the high – or low – point for earmarks.

These included $50m that Republican Charles Grassley persuaded Congress to set aside for a 4.5 acre indoor tropical rain forest in Iowa, although a proposed $223m “bridge to nowhere”, connecting Gravina Island (population 50) to mainland Alaska, was thankfully rescinded.

The egregious levels of “pork” were one reason the Republicans subsequently lost control of the House of Representatives.

Once the financial crisis struck, McCain was in prime position to be the Republican candidate against Barack Obama in the 2008 election. But by this point, the political pendulum had well and truly swung back, and in Obama’s first term, the Democrats introduced a moratorium on earmarks.

By putting his country – and taxpayers – first, and ignoring partisan advantage, McCain played a crucial role in “draining the swamp” – an objective which his arch nemesis, President Donald Trump, has been quick to speak about, but so far less successful at achieving.

So what lessons can we take from McCain’s career for the UK?

The term “pork barrel politics” is less familiar to political discourse here, because parliament does not vote on individual line items in the Budget. That has not, however, prevented some frankly bizarre spending items from creeping in.

In 2015, Labour accused chancellor George Osborne of dipping into the “pork barrel” after it emerged that his Budget contained initiatives aimed at marginal seats.

With just 50 days to go until the election, the Conservative marginal of Pendle in Lancashire was awarded £56,000 to upgrade its local theatre, while £250,000 was allocated to tackle kebab-stealing urban seagulls, at the behest of Liberal Democrat MP Don Foster from Bath.

In total, the Red Book that year contained 16 examples of MPs in marginal seats being granted assistance in the form of direct funding, housing, or enterprise zones.

And so, while “pork” is less prevalent in the UK than it is in the US, vigilance is still needed to prevent wasteful spending.

If you missed it over the summer, it is worth watching Liam Halligan’s Channel 4 documentary on the demise of Carillion. Halligan described the firm as a giant Ponzi scheme, bidding for – and winning – government contracts for a fee at which no profit would be made, simply to keep the company afloat.

There is hope though.

Just as parliament rose for the summer recess, the Procedure Committee mooted the establishment of a Budget Committee of the House of Commons, to examine government spending plans.

The Committee would mirror the retrospective scrutiny undertaken by the Public Accounts Committee and the National Audit Office, allowing poorly thought through schemes to be properly examined before taxpayers’ money is spent. The consultation for this proposal closes on 4 October, and it deserves strong support from anyone interested in how their hard-earned money is spent.

The Public Accounts Committee has attracted some of our best parliamentarians – such as David Davis and Margaret Hodge, both proud “mavericks” in the political mould of McCain. I hope that the Budget Committee will similarly be viewed as a worthy career route for future parliamentarians wishing to make their mark and stand up against government waste.

We need more McCains in politics. And taxpayers are ever grateful for their service.