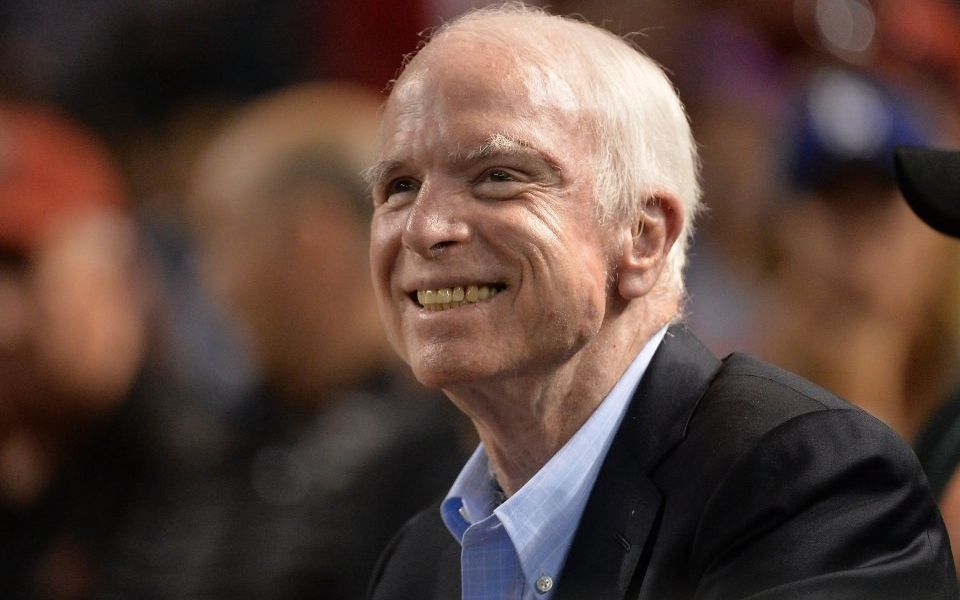 US Senator John McCain, a former war prisoner and veteran and one-time presidential candidate, has died aged 81 after a battle with brain cancer.

The Arizona senator had been fighting an aggressive brain cancer since July 2017, alongside other health problems for which he had surgery earlier this year. His family announced on Friday that he had decided to discontinue treatment for his cancer.

A statement from his office late last night read:

Senator John Sidney McCain III died at 4:28pm on 25 August 2018. With the senator when he passed were his wife Cindy and their family. At his death, he had served the United States of America faithfully for sixty years.

McCain will lie in state in Phoenix, Arizona and in the US Capitol Rotunda in Washington, D.C. before his burial in Annapolis, Maryland. He will also receive a full dress funeral service at the Washington National Cathedral.

My heart is broken. I am so lucky to have lived the adventure of loving this incredible man for 38 years. He passed the way he lived, on his own terms, surrounded by the people he loved, in the the place he loved best.

Obama and the former first lady Michelle Obama gave a message of support to the McCain family:

Few of us have been tested the way John once was, or required to show the kind of courage that he did. But all of us can aspire to the courage to put the greater good above our own. At John’s best, he showed us what that means. And for that, we are all in his debt. Michelle and I send our most heartfelt condolences to Cindy and their family.

McCain was a fighter pilot during the Vietnam war, and spent more than five years imprisoned under Vietnamese rule after his plane was shot down.

While he often took a controversial line in politics, for example in opposing abortion and backing the 2003 invasion of Iraq, McCain was also known for his "maverick" nature and unwillingness to toe Republican party lines.

He ran his first presidential campaign in 2000, but only succeeded in securing the Republican nomination in 2008 in the election against President Barack Obama.

​McCain was a strong critic of current US President Donald Trump, most recently of his ongoing relationship with Russian President Vladimir Putin.