US Presidential Election 2016: Donald Trump is the leading Republican candidate in the polls 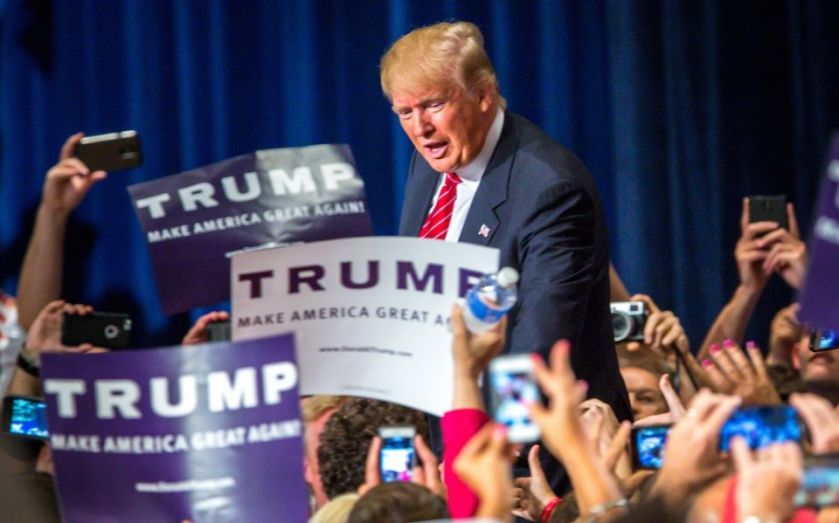 Another day, another way for Donald Trump to say something that alienates himself. This has characterised much of his short Republican nomination campaign.

Just last week, alluding to a prominent Republican's time as a Vietnamese POW, he mocked Senator John McCain – the guy who won the Republican nomination and ran against President Obama in 2008: “John McCain is not a war hero. He’s a war hero because he was captured. I like people that weren't captured.”

What’s more, that's after the entrepreneur previously said the Mexican government is sending drug dealers and rapists across the American border, while he also refers to any number of his opponents as “dummies".

Read more: Donald Trump to run for US President in 2016, claims "I beat China all the time"

But Trump’s direct attacks and ostentatious style have tapped into voters who are angry with Washington, and he has stormed to the front of a 16-person Republican pack:

Ted Cruz has been up and down while Marco Rubio started very strongly to fall and since regain some support. Rand Paul started low and has maintained a fairly consistent level of interest.

Jeb Bush is on average maintaining second place, while Wisconsin Governor Scott Walker, whose supporters are very conservative and who only announced just over a week ago, is third.

In fact, Walker, who is pledging to give power back to states, has polled well since he announced. Bush has been popular in southern states such as Florida – where he used to be governor – and South Carolina, utilising a large network of support that is shown in how he has raised $114m, surpassing all other Republican – and Democratic – candidates.

Yet, Trump has surged massively in the last few days, surpassing them all.

However, while he leads in the polls, Terri Bimes of Berkeley University, who studies American elections, predicts his flame will fade out as more experienced candidates make a come back:

Donald Trump has no chance of becoming the Republican presidential nominee. He has a small core group of supporters, but insufficient support from the broader Republican base to win the nomination.