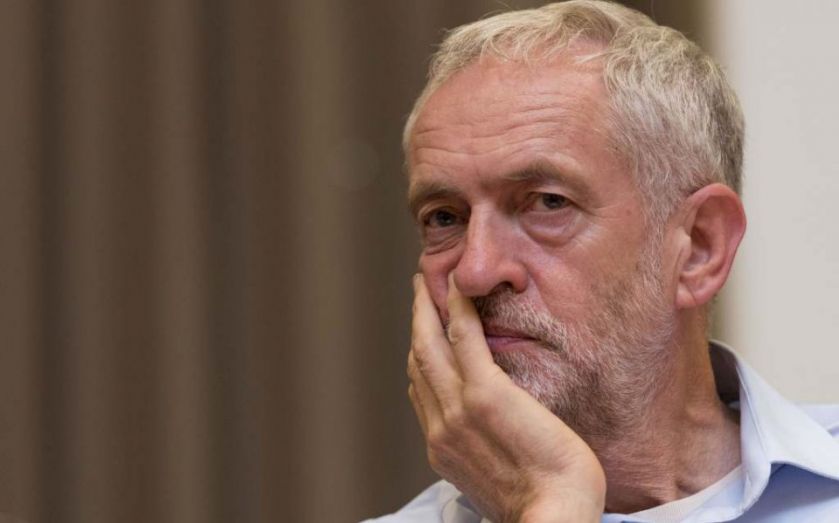 I assume that soon-to-be Labour leader Jeremy Corbyn has more than a passing understanding of Lenin, if of little else. One of the Soviet revolutionary’s more piercing insights involves his belief that non-revolutionary members of the European left – or useful idiots, as he apocryphally put it – should be taken advantage of by genuine radicals to further their cause, and then in their naivety quickly be discarded. As Prime Minister, Corbyn would be more than a mere useful idiot, however. His disastrous foreign policy instincts amount to a downright dangerous creed, one which would end Britain’s relevance as a world power forever. Corbyn’s foreign policy is built on two correct but horrendously simplistic impulses, which he predictably over-corrects. First, he has just worked out that many post-colonial peoples have been treated very badly. In particular, to his mind, the Arabs and the Palestinians have been oppressed by those overbearing Israelis. Instead of meekly supporting the Israelis out of latent guilt regarding the western failure to stop the Holocaust (Israel, unfairly, has a functioning economy and a functioning army), Corbyn thinks it would be better for London to dramatically shift its support to Hezbollah, Hamas, and other brave freedom fighters struggling against their oppressors. This cartoon version of real world events contains, like most 14-year-old thinking, just enough truth in it to be dangerous. It is true that Israel has responded with a heavy hand in the Palestinian territories through the years, just as it is true that Prime Minister Benjamin Netanyahu’s penchant for building settlements in the disputed West Bank is probably not bringing peace any closer. But in this imperfect world, it is the job of policy professionals to accept that states – like people – are all imperfect and that, as such, very often we must work with the least bad partner to achieve the least bad option. To think this is to allow for the shades of grey that comprise the real world, and to leave dorm room fantasies of purity behind. Because, for all its mistakes, the fact remains that Israel is the only democracy of note in the very rough neighbourhood that is the Middle East, a genuine ally of the West when the chips are down (the intelligence sharing alone is worth its weight in gold). Only by maintaining the closest of ties with Israel can we ever hope to reach genuine peace in the region, as it is by far the strongest military power. In addition, the anti-western, anti-semitic, and anti-pluralist philosophy by which Hamas and Hezbollah live will force a Prime Minister Corbyn to either blithely ignore their routine human rights violations (looking otherworldly) or change tack (looking gormless). The same holds for Corbyn’s boringly predictable anti-American feelings. He has discovered that daddy isn’t perfect; since 1945, the US has done many wrong (My Lai, Abu Ghraib) and stupid (Vietnam, Iraq) things. In slipping from his utopian pedestal, however, Corbyn is quite content to throw the American baby out with the bathwater, advocating closer ties to that nice President Putin, the odds-on favourite to emerge as the super-villain in the next Bond movie. But to paraphrase the great patch of dialogue in Casablanca between fanatical Nazi major Strasser and worldly Vichy functionary captain Renault regarding American Rick Blaine: “my impression was that he’s just another blundering American,” says Strasser. Renault urbanely replies, “we must not underestimate American blundering. I was with them when they blundered into Berlin in 1918.” For all my country’s many faults (and I agree with Corbyn that both Vietnam and Iraq were catastrophes), it has kept the global peace for 70 years, and defeated the Kaiser, Hitler, and Stalin/Mao in turn, the triumph of any of which would have led to an immeasurably worse world than the one we now find ourselves in. Those four real world options for global dominance over the last 100 years – Hitler, Stalin, the Kaiser, and the US – are the only real world options we have truly had. Anyone not picking an American-led world needs to take a nap. To spurn America, as Corbyn is dying to do, would be for Britain to turn its back on its closest ally, throwing away its considerable influence with the most important country in the world. Ties of history, kinship, culture, and power would all go out the window, and for the dubious honour of supporting Russia, an economic basket case intent on reliving fading past glories, and one with a horrendous human rights record, something in theory Corbyn cares about. No, Corbyn isn’t a useful idiot. He is a dangerous one.