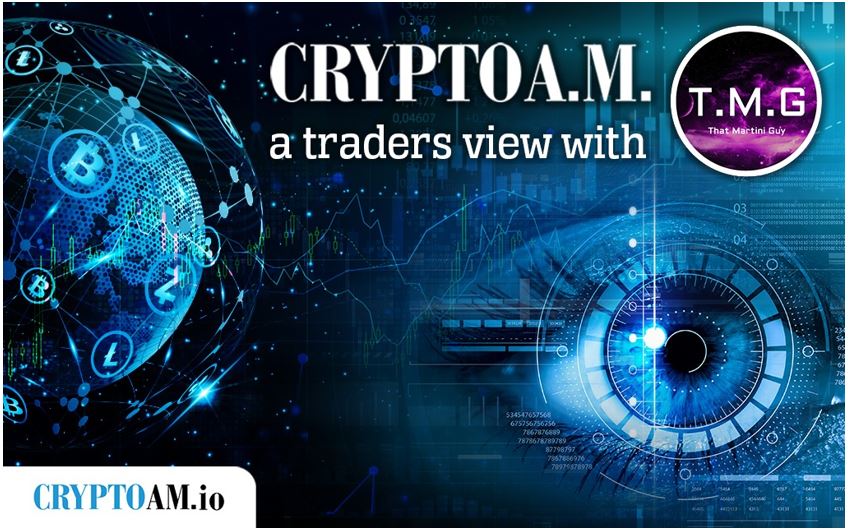 Over the past seven days, Bitcoin’s price has made the recovery I expected given the factors mentioned in last week’s article.

Building on the points made last week regarding the significance of the Bitcoin mining pool ‘F2Pool’, the large transfers of Bitcoin onto exchanges have now stopped and this period of price suppression appears to be over. Demand is outstripping supply again on exchanges and miners have stopped selling.

It is widely accepted in the cryptocurrency space that Bitcoin miners selling large quantities of Bitcoin is not out of a need to take profit but to suppress the price of Bitcoin long enough to reset indicators such as NUPL “Net Unrealised Profit & Loss” which, upon breaking the dotted line detailed on the top of the pictured chart, will enter into the ‘euphoric’ phase of the bull run.

Bitcoin has spent very little time historically in the euphoric phase but every time Bitcoin price has gone ‘euphoric’ it has suffered an extended bear market.

What comes next for Bitcoin?

With the miners stopping price suppression I expect Bitcoin to enter into a period of consolidation around $50,000 forming a nice price support and establishing a trading history in this range. It is likely that $50,000 Bitcoin will become a level that Bitcoin will treat as support when it next breaks to the upside.

With Bitcoin looking like it is entering into a round of consolidation it is not slowing down the institutional buying pressure that Bitcoin has been benefiting from as Goldman Sachs have reopened their Crypto trading desk. Grayscale have resumed purchases of Bitcoin as their fund continues to grow and companies like Microstrategy have also been buying up more and more Bitcoin.

This week Twitter announced they would be raising $1.5 billion without mentioning a solid reason as to why.

The money they are raising comes in the form of convertible bonds in exactly the same way that Microstrategy have been raising money to purchase Bitcoin.

The CEO of Twitter – Jack Dorsey – has been a long-time Bitcoiner, his investment fund Square Capital recently purchased an additional $170m Bitcoin following up on their $50m investment into Bitcoin back in October 2020.

I would be surprised if Twitter was not the second major mainstream company to invest in Bitcoin. The dominoes are slowly falling but the inevitability of life would dictate that even if this particular fundraiser was not used to purchase Bitcoin, Bitcoin payments on Twitter seem likely in 2021 as Twitter is a pro-Bitcoin platform and founder Jack Dorsey believes Bitcoin is the currency of the internet.

Yesterday brought the news that Google finance is integrating a one click button to find out the prices of major Cryptocurrencies.

Google is possibly the most powerful internet company and small changes like this have to go through so many approval procedures that it seems Google’s historic anti-crypto stance is changing.

Another hugely bullish sign that the Bitcoin bullrun is not over is that Tether settled their case with the New York Attorney General out of court for a sum of $18.5m suggesting that the US Government is starting to take a more relaxed approach unlike the previous more authoritarian regime that was stifling innovation.

Tether not being found guilty is huge for Bitcoin, as it means that all Tether dollars in circulation are backed and that gives legitimacy to the price of Bitcoin. The Tether FUD (fear, uncertainty and doubt) that has been plaguing this space since as long as I can remember will end.

This historically has been cited as a strong reason not to invest in Bitcoin but with billionaires starting to buy up the entire supply and the price being confirmed as authentic price action, Bitcoin does not look like it’s going to have a huge drop-off anytime soon.

Bitcoin is establishing a new trading range. Over the next week or so, I expect a lot of this sideways action to cause retail volume to flow into the altcoin market, affecting prices positively as Bitcoin dominance continues its decline.

I expect soon a new wave of billionaires will make their investments into Bitcoin public and ultimately the buying demand for Bitcoin really does not look like it will slow down. The snowball that is cryptocurrency is growing and soon it will be normal for Bitcoin to be a part of everyone’s portfolio.