On the black marble bar the bottles of pale and amber liquid are neatly lined up in a row. I inhale the powerful aromas one at a time like a fine wine or rare whisky. This bar, however, doesn’t serve booze, it’s the centrepiece of the new Atkinsons fragrance shop in Burlington Arcade and the bottles contain two dozen scents, suited to men and women alike, in four different collections, using essences from all over the world.

It’s a glamorous and contemporary maison thanks to the rich, but restrained, interior design of London-based Christopher Jenner, and a world away from the pushy perfume halls of department stores and duty free.

Here, you come to try your £100-plus scents in tranquillity. But there’s another reason why the heritage brand Atkinsons has opened its first standalone shop of the 21st century here.

Jenner hustles me across the road to look up at the facade of 24 Old Bond Street. Among the ornate gilding is carved in stone “Atkinsons 1799”. 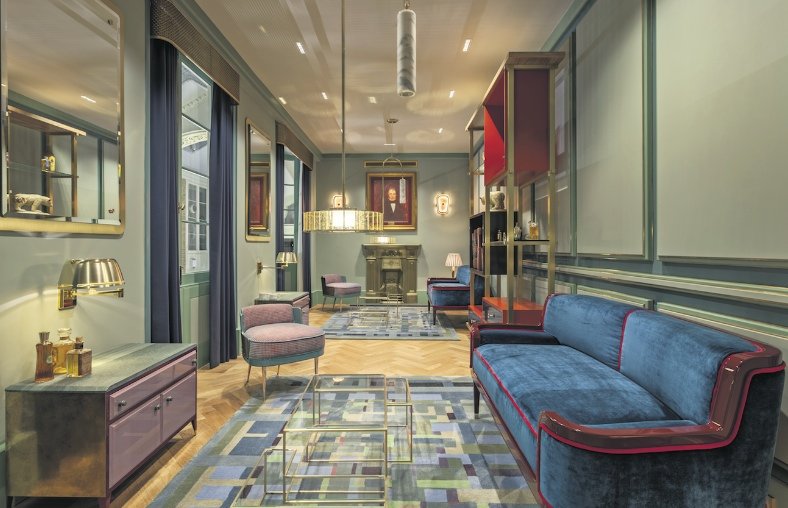 This was the Georgian flagship store of James Atkinson, perfumer to the stars – Napolean, George IV, Beau Brummell, Queen Victoria, The Duke of Wellington and Russia’s tsarinas. In 1799, the young Atkinson arrived in London to seek his fortune, accompanied by a trunk of his own scents, balms and pomades and, in a flamboyant gesture befitting this dandy-in-the-making, a real bear named George. Atkinson became the toast of London society, creating the scent for Queen Victoria on her wedding day.

Atkinsons, the brand, left 24 Old Bond Street in the 1950s, but was bought in 2013 by the fragrance specialist Perfume Holding.

Atkinson became the toast of London society, creating the scent for Queen Victoria on her wedding day

Of course, like a fine wine or a rare whisky, you want to try before you buy. Burlington Arcade is well known as England’s oldest shopping arcade, and is already home to the fragrance emporiums of Roja Parfums, Frédéric Malle, Kilian and Penhaligon’s (as well as Lalique, Eres, Lindley, Ladurée, Chanel, Bell & Ross, Rolex and a new Mulberry). 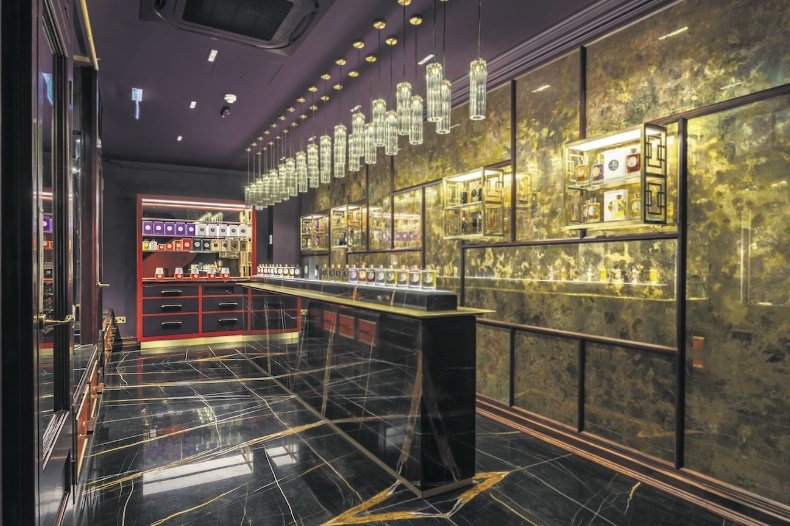 The design of this shop, however, had to go beyond retail, and that’s how the idea came about to add a barbers/hairdressers on the lower-ground floor and a by-appointment salon on the first floor. They animate the space and reconnect the brand with its dandy heyday.

“We wanted Christopher to think about the new house of Atkinsons as an experiential place where people can breathe the essence of our creations, benefit from the grooming services of our barbers shop, and feel at home in a cosy and intimate space,” says Perfume Holding CEO Dino Pace.

From the intimate salon downstairs to the black marble and brass of the shop floor, up the spiral staircase to the equally intimate salon above, Jenner has commissioned craftspeople throughout, including Ruth Parker for her engraved glass in gold; Paul Warren’s brass lighting; Simon Hebditch’s furniture, and Pierre Frey fabrics and wallpapers.

“Each project starts with an in-depth research phase where we unlock the assets and characteristics of a brand to find a perfect balance between the past and the present, avoiding pastiche,” Jenner says.

Looking at old drawings of the 19th-century Atkinsons interiors and seeing how Jenner references the past but with modern appeal and glamour, I’d say it’s a triumph, and a shot in the arm for Burlington Arcade. It’s one not to be sniffed at.