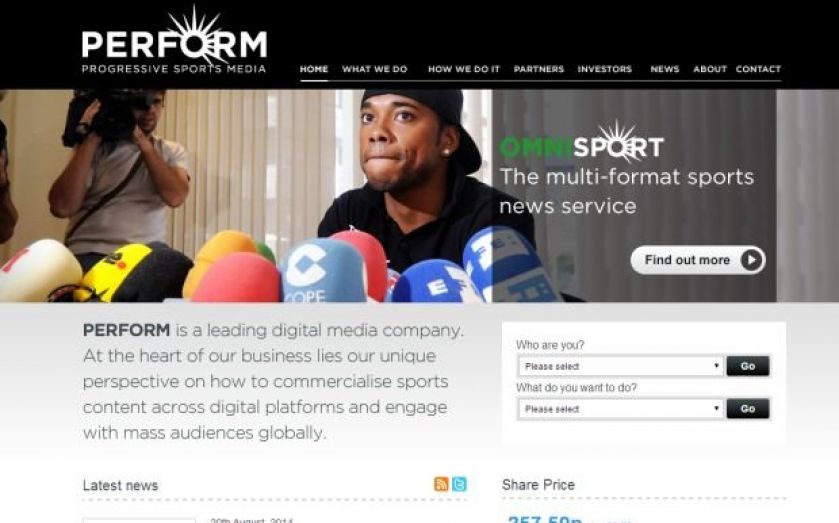 The non-executive directors of the media group Perform, who include the sports broadcaster Gaby Logan and the former DMGT finance director Peter Williams, have a tough job on their hands in deciding whether to recommend the 260p per share offer for the group from its major shareholder, Len Blavatnik.

Blavatnik, whose business interests also include ownership of Warner Music, has pitched his bid at a 27.6 per cent premium to the price of shares late last week but it still only equals the price at which the group’s shares were first sold to the public in a London initial public offering (IPO) in April 2011.

The IPO hardly counted as a success, with an immediate fall in the share price of around 20 per cent. Soon after, London’s IPO market came to a grinding halt for many months, scarred by floats such as this one.

The banks that were part of the original float team are still very much on the case. Morgan Stanley and UBS act for Perform, while Credit Suisse is now acting for Blavatnik.

Blavatnik was forced to make an offer, valuing the entire group at £701m, by Takeover Panel rules since he already owns more than 30 per cent of the stock (42 per cent). Given that the shares reached 500p last year before a profit warning, the offer should surely not be recommended, even though some investors may choose to sell.