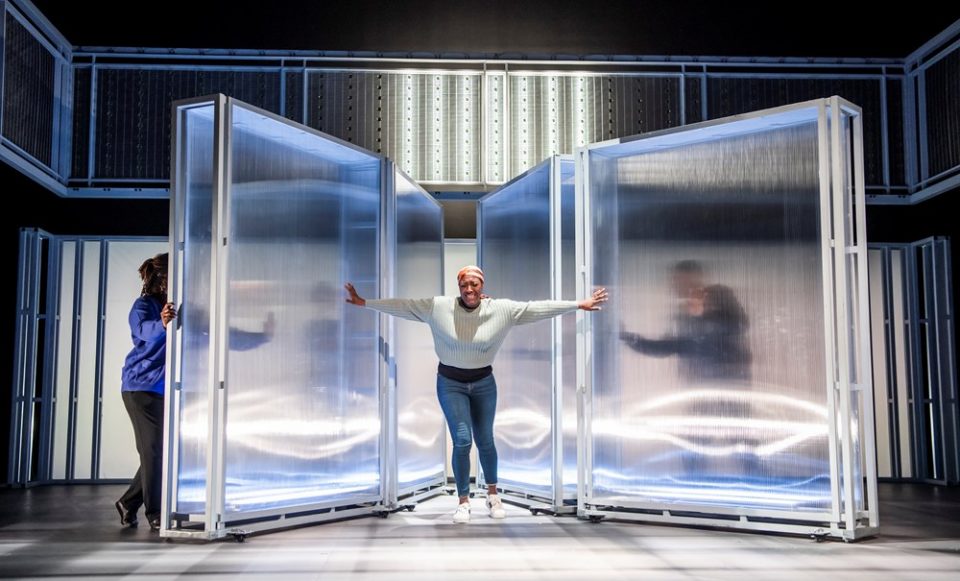 “Be kind, for everyone you meet is fighting a hard battle.” It’s a quotation from Scots poet Ian McLaren, now being misattributed to Plato on Instagram feeds everywhere.

It’s also the message I Think We Are Alone, the black comedy being toured by physical theatre troupe Frantic Assembly to mark its 25th anniversary, wants to get across.

The play, directed by comedian Kathy Burke and Scott Graham, begins with a series of monologues, which we soon realise are threaded together by the theme of loneliness.

The cast includes a despondent cabbie; a cancer patient; a hospice nurse, and a depressed office worker. Chizzy Akudolu deftly toes the line between dark and light as a garage receptionist coming to terms with the death of her dog and her father (in that order of priority), as well as a teenage son who wants to leave Cambridge because he doesn’t fit in with the Hooray Henrys.

At first we wonder if these isolated tales are building towards anything. But as the evening progresses, surprising relationships between the characters are revealed as they help each other find the community they crave.

A handful of moments are wickedly funny in that earthy, sweary, vulgar Burkian way, and had the audience howling – only to be dumped back down to earth the next minute by a searing display of emotion that invites us to recall our own darkest moments.

Given that it’s performed by one of the country’s best-known physical theatre companies, it’s disappointing that there’s nothing ground-breaking about the movement or staging, and its attempts at social commentary can feel a bit laboured.

But you have to hand it to the cast for portraying family relationships as they actually are, in all their inhibited, uncomfortable – but at their best, ultimately forgiving – glory.

Although I Think We Are Alone crawls into some of the bleakest corners of life, you can’t help but walk out the door feeling a little more hopeful.