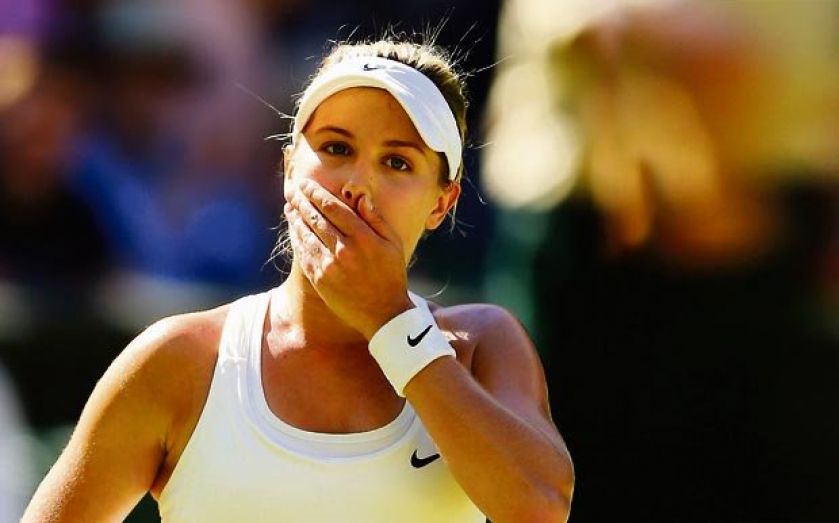 FEARLESS 20-year-old Eugenie Bouchard insists reaching the Wimbledon final in just the sixth grand slam appearance of her fledging career should not be considered a surprise.

In a drama-drenched semi-final yesterday against No3 seed Simona Halep – including a medical time-out while the Romanian had treatment on an ankle injury, a stoppage while a spectator was taken ill and six match points, the first of which Bouchard was not ready for after becoming distracted by crowd noise – the Canadian triumphed 7-6, 6-2.

Having already reached the last four at the Australian and French Opens this year, and due to their physical similarity, Bouchard has been dubbed the next Maria Sharapova, a tag that does not sit comfortably with her.

Yet the rising star of women’s tennis believes nobody should be shocked by her progress to the final.

“It’s not a surprise to me. I expect good results like this,” said the No13 seed, who won the Wimbledon junior title in 2012.

“It’s a step in the right direction. I get to play in the final. I still have another match, so it’s not a full celebration yet.

“I always want to go as far as I can in any tournament. I didn’t set a specific goal of reaching a certain round of this tournament, but I’ve been feeling good these whole two weeks.

“After doing well in the past few slams, I’ve been believing since the beginning of the tournament that I can do really well. I totally feel like I belong. I’m proud of myself.”

Kvitova outranks Bouchard by seven places, is four years her senior and holds 10 more career titles, but refuses to be labelled the favourite for tomorrow’s final.

“Until this time I was probably favourite, if I’m not counting Venus [Williams in round three], of all the matches. I don’t think it’s any favourite in the final of a grand slam,” said Kvitova, Wimbledon champion in 2011. “It’s always difficult to handle nerves, everything, the game. Naturally I’m not feeling like the favourite of the match.”