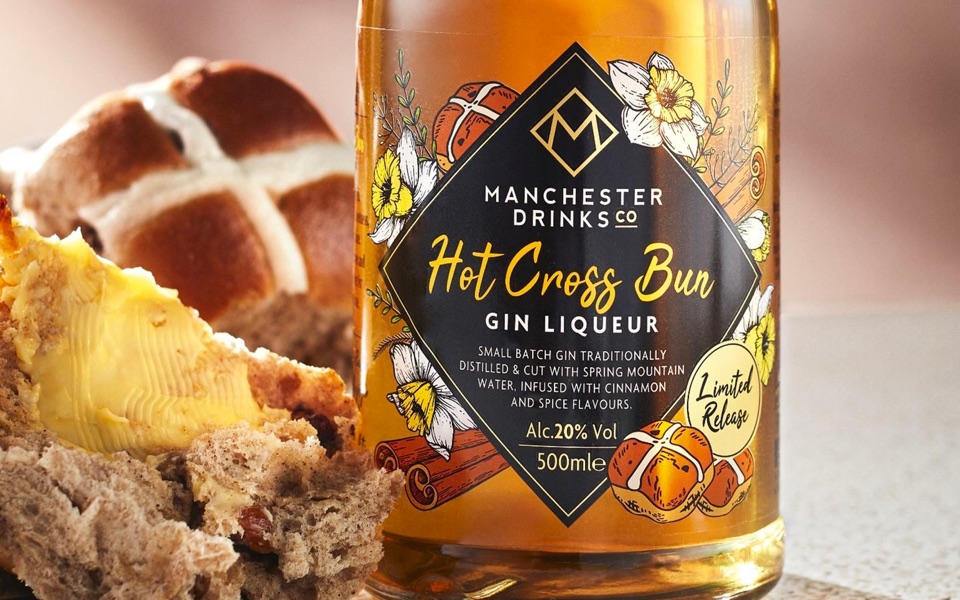 Spotting a gap in the market and a niche in the religious calendar, the Manchester Drinks Company has launched an Easter-themed liqueur that blends sweet fruits and spices to create an alcoholic hot cross bun in a bottle.

Read more: Up in smoke: A beginner’s guide to cigar-smoking

Richard Benjamin, director at Manchester Drinks Co, says: “Easter isn’t just about indulging in easter eggs, it’s about enjoying a tipple or two as well. This gin has been lovingly crafted to get the perfect balance of flavours to create a drink that really captures the much-loved flavours of a hot-cross bun.” The perfect serve is to mix it with tonic or ginger ale and pour over crushed ice.

The Manchester Drinks Co creates a wide range of award-winning own-label and branded cocktails in a bottle, as well as freezeable pouches including Slush Puppies, flavoured shots, and  a range of non-alcoholic fruit squashes. The limited-edition gin is now available exclusively in Home Bargains stores.

For the increasing army of non-drinkers, Tom Tuke-Hastings, has created a chocolaty treat that’s perfect for virgin cocktails. Tuke-Hastings is the founder of alcohol-free spirits brand Borrago, which is selling a range of limited edition eggs alongside its Borrago #47 Paloma blend.

Read more: The Indian wine market is hotting up: Meet the makers

“Borrago is named after the borage flower, the bee flower,” says Tuke-Hastings. “Bees are a critical part of the ecosystem and they are under threat. We have already given away over 700,000 borage seeds.”

St Albans claims to be the home of the Hot Cross Bun with a fourteenth century monk distributing his home-made “Alban buns”. In the 16th century, hot cross buns and other spiced breads were forbidden under Elizabeth I, the only exception being funerals. James I also suppressed them as blasphemous.