Horse Racing Betting Tips: Aeolus can get back to winning ways for Walker 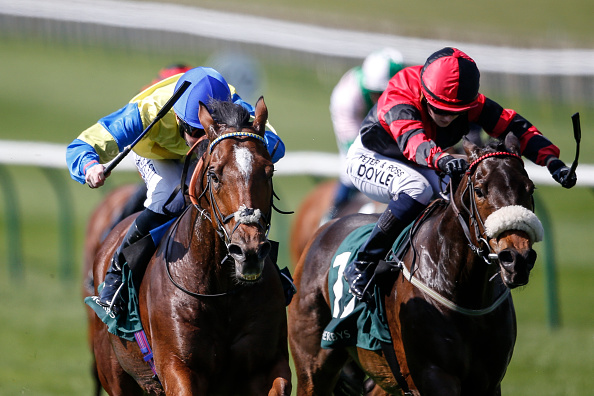 AS THE days begin to get shorter and the nights start to draw in, it’s important to remember that many of the current Flat racing crop will struggle to hold their form.

For that very reason, I tend to tread carefully at this stage of the season and am a little wary of getting sucked into the obvious short-priced ones.

This afternoon’s card at Doncaster is a classic example of that, with impressive Goodwood winner Rumble Inthejungle as short as 7/4 for the Flying Childers (2.25pm).

Richard Spencer’s two-year-old should dominate this field if returning in the same form, but he is priced up to do so and I’d prefer to watch him at his current odds.

Instead, I’m going to have a speculative each-way wager on Karl Burke’s LITTLE KIM at 16/1 with Betway, with Frankie Dettori an eye-catching booking.

She won a Group Three in France before disappointing at Newbury and wasn’t disgraced on fast ground over six furlongs at York last time.

The return to this trip on slightly rain-softened ground will suit and she doesn’t have a lot to find to be right in the mix here.

Burke also holds a strong hand in the opening Sceptre Stakes (1.50pm) where his ELLTHEA makes just her third start of the season and her first on UK soil.

Incredibly, three-year-olds have won 14 of the last 16 renewals and the daughter of Kodiac can go well at 10/1 with Coral.

She won a nursery at this meeting last year and hasn’t been disgraced in two starts this season, including when beaten just two lengths in the French 1000 Guineas.

The drop in class and trip will suit, and she is more than double the price of Laugh Aloud.

At a bigger price, I can see Eirene outrunning her odds at around 16/1, while any rain that falls will help Dan’s Dream.

The Mallard Handicap (3.00pm) looks an impossible puzzle to solve and strong cases can be made for at least six.

Walton Street is the most obvious and looks certain to run well on his way to a possible tilt at the Melbourne Cup.

He’d have almost certainly been my selection if Reverend Jacobs hadn’t been declared.

It will be a tough task to give a stone in weight to William Haggas’ four-year-old who looks to be crying out for this trip.

The feature race is the Doncaster Cup (3.35pm) which doesn’t look the most inspiring of betting heats.

Thomas Hobson and Sheikhzayedroad have both run well in the race in the past and head the betting purely based on past glories.

A return to that form for either will easily be good enough to land the Group Two prize, but again, a watching brief is advised.

Instead, the best bet of the day could well be old friend AEOLUS who carries top weight in the penultimate race (5.10pm).

Significantly, Ed Walker’s seven-year-old returns to a track he runs well at, on perfect ground and with blinkers on for the first time.

I advised backing him at 33/1 when he had cheekpieces first applied in the Stewards’ Cup 13 months ago and he was only just narrowly denied.

He won’t be that price this afternoon but can go well for his in-form yard with a new set of headgear.