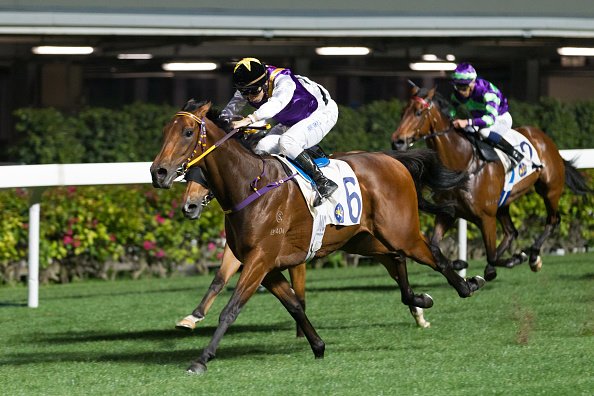 WITH the temperature presently in the low thirties and humidity hovering around 95 degrees, you can guarantee the Happy Valley track will ride fast today – favouring horses drawn low.

Racing takes place on the ‘A’ course which is probably the fairest of all the seven different tracks at the Valley, although horses need to be in a good position before the home turn into the straight.

It measures roughly one-and-a-half furlongs to the winning line and luck is sure to play an important role in proceedings. Indeed, luck is a big part of life in Hong Kong.

Take local jockey Matthew Chadwick, for example. The former HK champion apprentice, who was associated with legendary multiple Group One winner California Memory a number of years back, has found life tough recently.

With a number of injuries curtailing his career over the last few seasons, and the inclusion of a handful of good claiming apprentices joining the jockeys’ roster, Chadwick has found it hard to gain any momentum in recent times.

With only 18 winners to his name this season, he suddenly found himself a late substitute to ride Speedy King at Sha Tin on Sunday after the horse’s regular partner, Derek Leung, failed to pass a fitness test after being injured in a fall.

The rest is history. Chadwick led from start to finish on Speedy King and had just enough in hand to repel the late finish of hot favourite Refined Treasure to win by a nose.

With luck and good fortune finally smiling on the 28-year-old, expect further success from the jockey when he climbs aboard CINQUANTE CINQ in the finale at 3.50pm over 1m1f.

This progressive four-year-old was a clear-cut winner over the extended mile back in March, and was then an unlucky loser when upped in class and carrying a 7lb penalty the following month, collared in the closing stages over a similar trip.

On that occasion, after being unable to find any cover from an awkward draw, he raced wide for most of the journey, but still showed plenty of determination and fight down the home straight.

This looks a tight and competitive handicap on paper, with the likes of in-form and probable favourite Ruletheroost and front-running Vigor Fame in opposition.

However, Cinquante Cinq is going to relish the step-up in distance, especially with a stamina-laden pedigree and a low draw number an obvious bonus. He is capable of proving he is still ahead of the handicapper.

Earlier in the afternoon, THIS IS CLASS is another due a change of luck when he lines up in the 12.45pm over six furlongs.

Over the same course and distance last month, the Francis Lui-trained gelding blew the start and then found himself too far back from an awkward draw, before finishing strongly. However, he was unable to catch Sunny Dragon.

This time, with a more positive draw in his favour, Vincent Ho’s mount is mapped to get a dream passage, sitting behind the likes of last-time winner Loriz and Bullish Brother who are both guaranteed to set a blistering pace, before pouncing down the home straight.

This Is Class 12.45pm Happy Valley