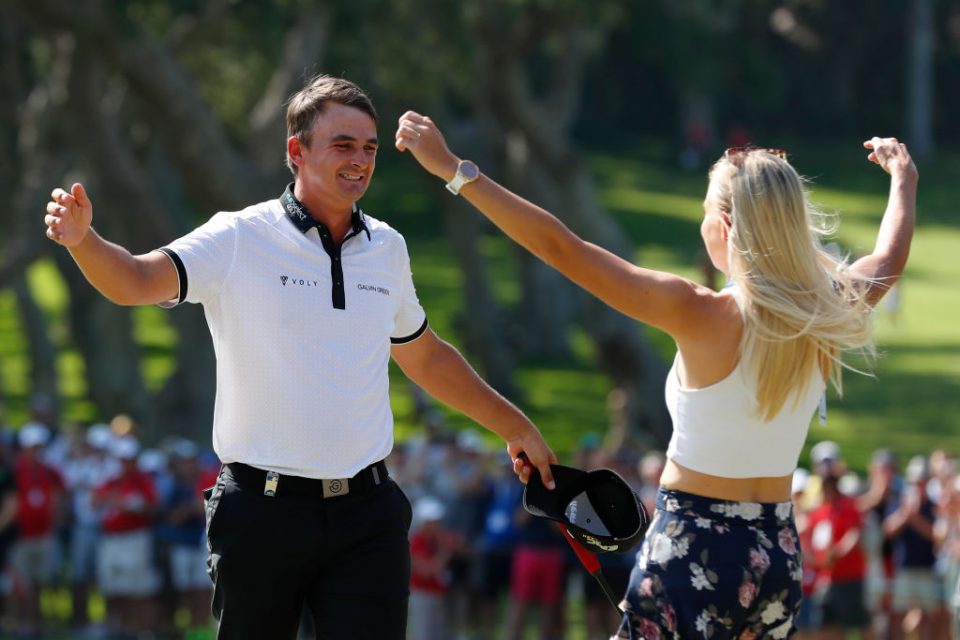 Golf throws up some wonderful stories and this week’s two first-time winners on the main tours – Christiaan Bezuidenhout and Nate Lashley – are the perfect illustration.

South African Bezuidenhout claimed his maiden European Tour title in fabulous style at the Andalucia Masters at Valderrama on Sunday.

He stood up to everything that a high-class field threw at him – including a final-day rally from world No11 and home favourite Jon Rahm – to win by six shots.

The 26-year-old coasted to his first big win on a fantastic but very difficult course that demands the precision and strategic thinking of a chess master.

It was made even more special by Bezuidenhout’s family surprising him on the last green after he finished his round, having flown in to watch his big moment.

And it is all the more poignant given the difficulties that he has gone through since a childhood accident in which he mistakenly drank rat poison.

Bezuidenhout suffered a severe stammer and anxiety as a result. And the medication he took then caused him to fail a drug test and receive a two-yearban – later reduced to nine months when it was accepted that it was not for performance enhancing purposes – when playing the British Amateur at Portrush in 2014.

Having had to leave the venue through the back door last time, he can now look forward to walking in through the front with his head held high, with his win at Valderrama earning him a Major debut and a place at this month’s Open Championship.

Nate Lashley’s first PGA Tour win at the Rocket Mortgage Classic in Detroit, meanwhile, was another tale of triumph over adversity.

Lashley lost both of his parents and his girlfriend in tragic circumstances 15 years ago when the plane carrying them back from watching him play college golf crashed.

After a spell working in real estate he found golf again and now, at the age of 36 and having only played last week as the last alternate, he has a PGA Tour title to his name – and a spot at the Open.

Like Bezuidenhout, Lashley is a wonderful story and shows that sport can help people turn their lives around.

Bezuidenhout and Lashley were joined in booking their tickets to Portrush by Detroit runner-up Doc Redman, Mike Lorenzo-Vera and Adri Arnaus, who were among five men tied for second in Andalucia.

Another Spanish prospect, Eduardo de la Riva, just missed out due to his lower world ranking but more than justified his invitation from tournament host Sergio Garcia.

And finally well done to Steve Stricker, who won the US Senior Open – his second Major of the year on the PGA Tour Champions circuit – with a tournament record 19-under-par total of 261.