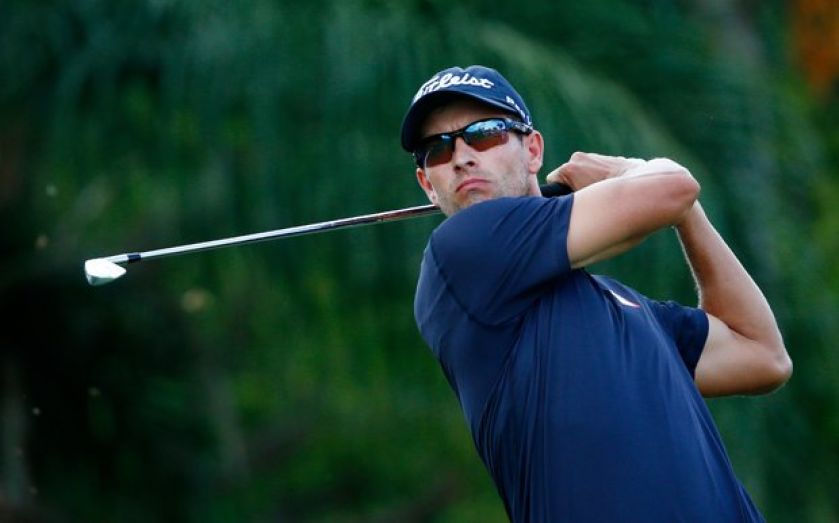 I THOUGHT that winning the Masters last year might have seen Adam Scott finally shake off his tendency to squander winning positions, but the latest signs are that it hasn’t.

Scott was seven shots clear at the halfway point of the Arnold Palmer Invitational and carried a two-shot advantage into Sunday’s final round. Seeing out the victory would have lifted the Australian to world No1, ahead of the absent Tiger Woods, for the first time.

But Scott closed with a 76 and ended up third, behind first-time winner Matt Every and Keegan Bradley, in what must have been a hugely disappointing finish for him.

That breakthrough title almost a year ago at Augusta came after a trio of top-three places at Majors, including his infamous failure to win the 2012 Open when four strokes ahead with four holes to play at Royal Lytham and St Annes.

Scott always looks like such a great player, and after the Masters it appeared that he was about to go from superstar to megastar, but it seems the old traits are still haunting his game.

POSITIVE
In his defence, it can be difficult to know how to play when you hold a seven-shot lead. Do you try to protect the lead with low-risk golf or play your normal game? The answer is the latter, but it’s not that easy.

On a more positive note, the fact that he built up such a lead over 36 holes shows that he is in great form as the year’s first Major approaches in two weeks.

Congratulations to Every, too, who did very well to come out on top in a very strong field.

Henrik Stenson also looked in good shape, rounding off his weekend with a 68 for a first top 10 since last year’s landmark campaign, while England’s Ian Poulter had his moments before fading.

The big names may be yet to win this season but I’ve got no worries about Europe’s finest performing in Augusta. Luke Donald seems to be enjoying his new swing and I like the way Rory McIlroy has been playing. World No5 Phil Mickelson is another man to watch. He is in action this week at the Texas Open, where Scotland’s Martin Laird is set to defend his title.

The jury is out over whether Woods will make the Masters, however. He and Arnold Palmer are close so his withdrawal from last week’s event is a strong indication that his back injury is a big worry.