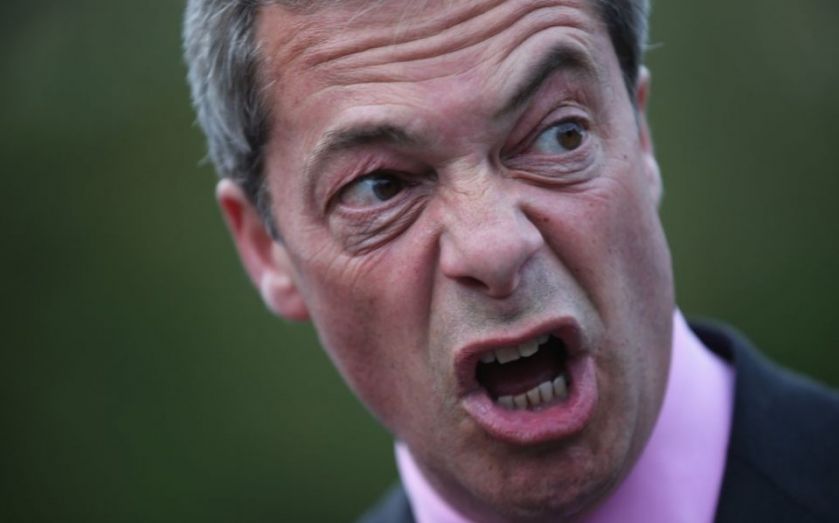 Nigel Farage has been dubbed an "unelectable" leader who runs Ukip like a communist dictator by a former Ukip MEP.

Godfrey Bloom said the Ukip leader was "ruthless", adding that "even a hint of criticism" would risk getting "your membership card chopped up".

His comments were made after the party's leadership moved against deputy chair Suzanne Evans, after she called Farage "divisive" on the BBC. She wrote Ukip's 2015 manifesto and was chosen as Farage's successor before the comment.

Bloom, who was kicked out of Ukip after he hit a reporter over the head with a party booklet, said he was not surprised by the reaction to Evans' comments.

He said: "Watching Suzanne Evans, it was a bit like watching a 1938 politburo member criticising Joe Stalin, I don't know where she was going with that."

"It was bit like watching a 1938 Politburo member criticising Joe Stalin" – @goddersbloom on @SuzanneEvans1 #bbcdphttps://t.co/zQzsbQlKx4

You’ve got to understand how Ukip works. It is a very autocratic organisation there is no room for criticism.

He said that Farage was "sadly unelectable" after his defeat in South Thanet in the General Election, adding: "It's very difficult to be an autocratic general when you're losing battles."

After making her comments, Suzanne Evans was effectively fired from her role as party spokesperson after a notice from a senior Ukip figure.