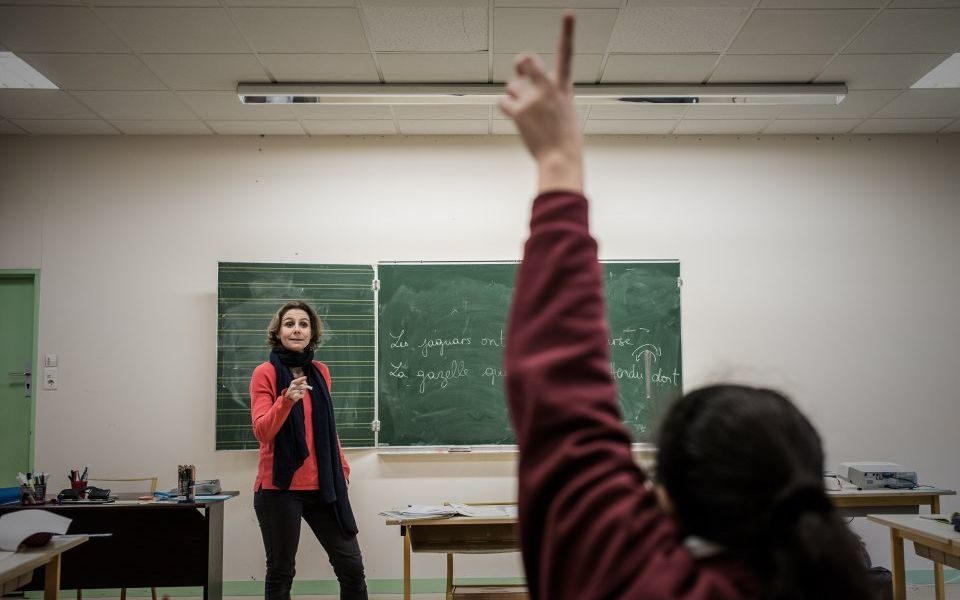 If you walk into any classroom in the country, you will find a small group of diligent pupils at the front, hands raised, offering an answer to today’s problem.

There’s also likely a second lot at the back of the class monopolising the teacher’s time.

This leaves the majority of students in the middle who are not sure of the answer and not a priority for the teacher.

In our report, Raising UK Competitiveness, produced with the support of Lloyds Banking Group and launched on Tuesday, we set out to answer the exam question: what will help every business in the country move towards the front of the class and become more competitive?

Our most important discovery is the large disconnect between the multifaceted efforts to spread best practice around our economy, and the stubborn lack of adoption by those firms which have the greatest potential to improve.

On the face of it, the UK is doing remarkably well. We have an array of top business schools, are world leaders in the fintech market, and have a multitude of consultants and public-private initiatives supporting business growth.

Yet many firms are unmoved and untouched, leaving them looking inward or to their peers for support. We also see overconfidence in businesses’ assessment of their own performance and, consequently, an abundance of improvement activity that doesn’t move the needle.

Tackling this requires us to move beyond the oft-referred to “long tail” of UK productivity performance.

The majority (60 per cent) of businesses operating in the UK find themselves in the same place as the majority of school pupils – neither doing so well that they’re on track for A*s, nor lagging so far behind that they’re given additional help and support.

At Be the Business, we believe that it is those in the middle that will be make or break the mission to improve Britain’s flatlining productivity – and the success of our economy.

Yet our research found that many of these firms don’t know where to start because they aren’t measuring their performance or looking outside the four walls of their building for answers. Like the pupils in the middle of the pack, they think that they are doing fine, and that the help and advice on offer isn’t relevant to them.

That needs to change, and those of us in the business of business support can help.

It’s our job to better understand these businesses: what they know, what they think, how they learn, and how they can improve – and we need to act in a coordinated manner. This is what’s needed if Britain is to fulfill its potential and become the most competitive economy in Europe.

And while we’re all aware of the threats that Brexit may cause to UK business, there could also be an opportunity. Brexit can be the shock that presses us to reinvigorate and renew our businesses.

Business leaders can’t vote in the House of Commons or negotiate in Brussels – but we do get to run companies, hire people, and win customers. There is enough in our control to compete and to win.

So, as a nation of businesses, we have our assignment. It’s now time to get to work.