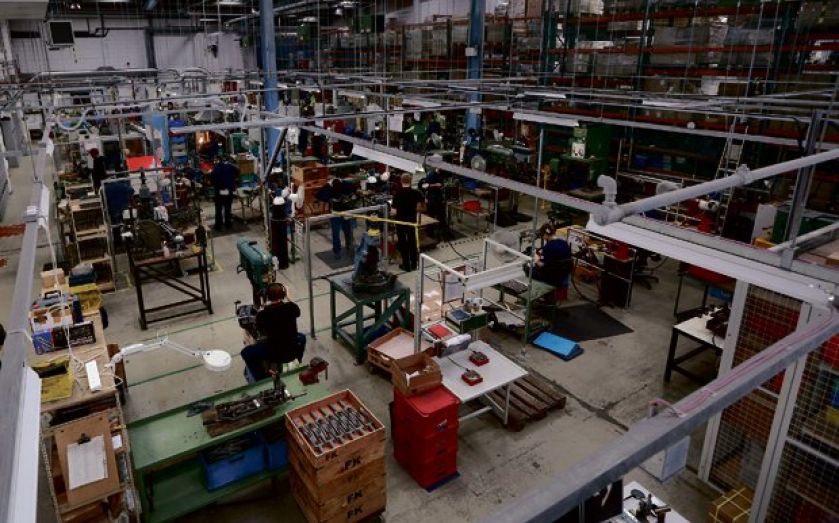 Germany’s economy accounts for over a quarter of the Eurozone’s GDP and, until recently, seemed in good health.

In contrast, France and Italy are struggling with stagnation and recession respectively.

Germany’s GDP fell by 0.2 per cent in the second quarter of 2014, but the fall surely reflected a “correction” to the above-trend first quarter figure, which was boosted by mild weather.

The latest figures, however, suggest the German powerhouse is spluttering badly, even after allowing for monthly distortions.

In August, there were falls in industrial output (4 per cent), factory orders (5.7 per cent) and exports (5.8 per cent). The plunge in exports was the worst since January 2009, reflecting weak Eurozone demand, a slowdown in China and uncertainty over Ukraine.

A flagging Germany, allied with poor prospects for France and Italy, dramatically increases the risks of recession in the Eurozone, despite better news from Spain.

At a minimum, stagnation beckons.

The plunge in German factory orders, industrial output and exports in August was triggered by the same factor that caused retail sales to jump by an exceptional 2.5 per cent in the same month: late school holidays, which led to an unusual pattern of summer factory closures.

July output was pushed up, but people had less time to shop; in August, that reversed.

If September data settle between the two extremes, Germany would experience a small decline in production and a moderate rise in consumption.

That points to very weak growth in the third quarter and probably the rest of the year, but not a recession.

Of course, there is more to it than holidays: the slide in business confidence triggered by Russia’s aggression in Ukraine suggests weakness ahead. Even a mild recession cannot be ruled out.

However, a fundamentally strong economy like Germany’s can recover quickly from a confidence shock, and we expect growth to rebound in early 2015.