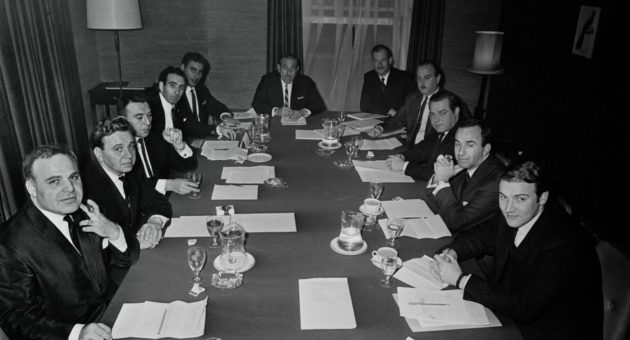 Tech scaleups in the UK and in Germany are leading the way for European late stage funding, locked in a battle to see which country will come out on top for 2019.

The two nations have pulled ahead of the pack in terms of mega rounds — injections of €100m (£86.3m) or more — between 2015 and the third quarter of this year, raking in a combined €15.3bn, more than all other European countries put together.

According to data released today by Tech.EU and Stripe, 2019 has already broken mega deal records with 52 rounds, including standouts from London’s Deliveroo and German digital bank N26.

Foreign investors continued to make a strong play in the sector, with 75 per cent of all funds in 2019 having come from outside the EU.

Germany is currently on top with €8bn in deals so far compared to the UK’s €7.5bn, however analysts said it’s still all to play for with British starlet Revolut understood to be seeking fresh cash before the end of the year.

Stripe’s UK general manager Iain McDougall pointed to the UK’s fintech success as a positive sign it could yet claim victory.

“The UK has enjoyed great success in nurturing scaleups in recent years and has emerged as one of Europe’s leading tech hubs, particularly in fintech,” he said.

“With the combination of an ever-improving talent pool and increasing access to capital, we should all get used to more British tech companies achieving significant growth.”

Softbank’s Vision Fund came out as the top foreign investor between 2015 and the third quarter of 2019, having pumped almost €4bn into European scaleups. Insight Venture Partners came in a distant second place, having deployed about €1.4bn during the same time period.

For investors based in Europe, the UK has been the most popular destination with 30 late-stage firms raising new funding under its belt, compared to 20 in France and 17 in Germany.

Robin Wauters, founding editor of Tech.eu and lead author of the report, said: “Historically, there has been a gap for late-stage funding for tech scale-ups in Europe, leading to many of them to be acquired by US or Asia-based buyers, or listing their shares on public exchange for lack of options. However, the writing is on the wall.

“The data clearly shows that the increasing availability of — admittedly mostly foreign — capital, combined with the ongoing maturation of the fintech, software, medtech and food tech industries in Germany and the UK, has given rise to an influx of mega financing rounds in European tech — and it’s unlikely to return to previous levels in the future.”