Gaming changers: how marketing messages have had to change for gambling companies 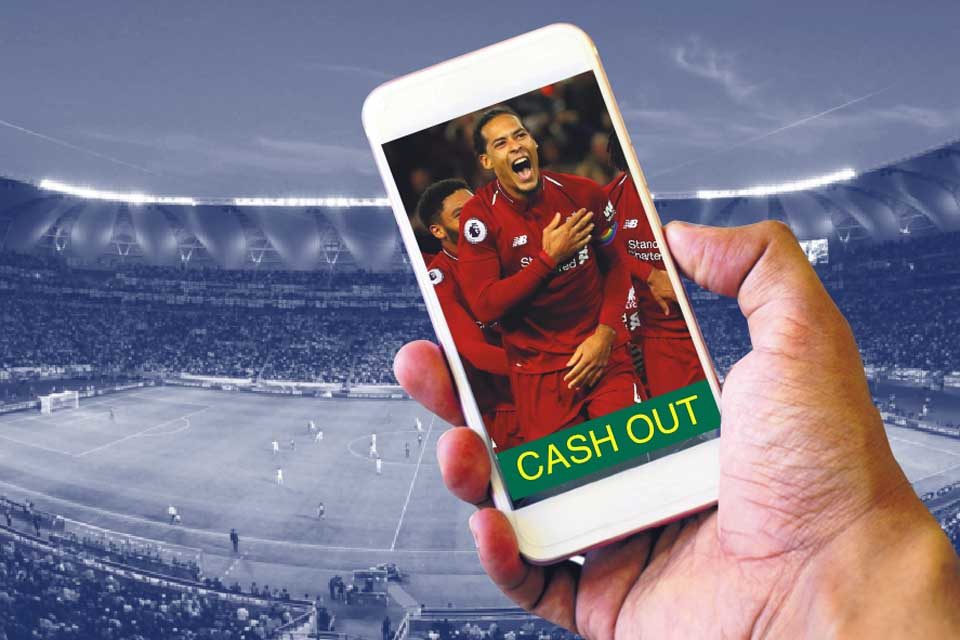 Where do you know Ray Winstone from? If you’re of a certain vintage, you’ll probably recall his early work. Carlin in Scum, Kevin the rocker in Quadrophenia.

More of a millennial? Then perhaps it’s his turn opposite Ben Kingsley in Sexy Beast or as Frenchy in The Departed. Or maybe it’s simply him yelling “put your trousers on, you’re nicked” as Regan in the 2012 remake of The Sweeney.

Most under the age of 30, though, will know Ray from exhorting them to put their shirt on rather than take their trousers off, in his role fronting online bookmaker bet365’s advertising.

This is no slight on Winstone’s acting, more an observation on how synonymous he has become with one of the foremost socio-economic trends of the past decade, the extraordinary growth of online gambling.

As we approach the climax of the football season, gambling operators will be rubbing their hands at the prospect of a bountiful couple of months ahead.

The latest figures from the Gambling Commission showed gambling companies made £14.4bn for the year ending March 2018, to which online gambling contributed £5.4bn and betting, mostly sport, over £2bn.

The rewards are lucrative and, with little product differentiation and low brand loyalty, the competition fierce.

Online gamblers have an average of four different accounts so the battle for “share of wallet” manifests itself in operators investing substantial marketing budgets to attract bettors.

Between 2014 and 2017, gambling firms’ TV advertising spend increased from £155m per annum to £234m, and a BBC survey last season found that 95 per cent of TV advertising breaks during live football featured at least one gambling advert. That’s why you’ve seen so much of Ray.

It’s not just TV companies that have benefited from this windfall. Over the past decade, betting companies have gradually become the most prevalent shirt sponsors of Premier League clubs in addition to taking on long-term competition sponsorships, such as the SkyBet Football League and the William Hill Scottish Cup.

The 2018-19 Premier League season kicked off with nine of 20 clubs wearing shirts emblazoned with the logos of betting firms.

But is this a problem? According to the Gambling Commission, around 2m adults suffer some level of harm related to betting, including 340,000 who are considered problem gamblers. This makes it a public health issue and one the industry has seen fit to tackle.

In November, the Industry Group for Responsible Gambling announced a whistle-to-whistle ban on betting ads during live sport broadcasts before the watershed, a measure it described as “responding positively to public concerns about the amount of gambling advertising on television”.

Although the move was broadly well received, it inevitably attracted some criticism from broadcasters. Sky chief executive Stephen van Rooyen pointed out that the gambling industry spends “five times more on online marketing than they do on TV” – and he has a point.

As with most issues in the sports industry, football is something of a lightning rod. The prevalence of TV advertising and sponsorship by betting firms is far more obvious to the public at large than the vast numbers of online adverts served to bettors by dint of their digital gambling behaviour.

Meanwhile, as the gambling industry tempers its marketing impulses, campaigns have been launched to raise awareness of the relationship between football and the betting industry as well as encouraging moderation among bettors themselves.

GambleAware, the independent charity tasked with reducing gambling harms in Britain, has released its latest initiative, Bet Regret, which aims to support 2.4m men considered to be at the highest risk of developing a gambling problem.

It focuses on education and prevention among young sports bettors by encouraging self-reflection and drawing attention to the remorse some feel after an impulsive bet.

Funded in part by gambling operators, broadcasters and media outlets such as Google that benefit from related advertising revenues, the campaign is acknowledgement that the tipping point has been reached.

That said, most within the sports industry acknowledge that revenue from gambling-related advertising and sponsorship makes it difficult for governing bodies and rights holders to eschew it.

This, however, didn’t prevent the Football Association from stepping away from a sponsorship deal with Ladbrokes in order to better reflect its ban on those involved in football from betting on the sport.

For the FA, when the fun stopped, they did too, and pressure remains intense for the industry to keep reforming its marketing approach to reduce its social impact.

This is why, when you hear Ray now, it’s less about the in-play and increasingly about how we should “gamble responsibly”.