Franz West at the Tate Modern review: A vivid picture of of a singular mind 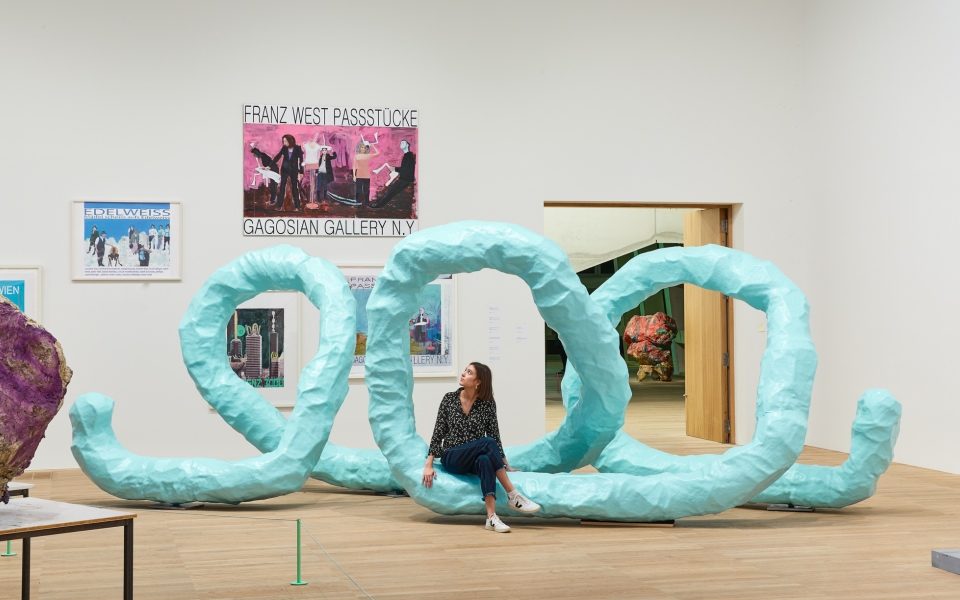 I left the Tate Modern’s Franz West exhibition with a strong desire to get extremely drunk with the artist. Now sadly deceased, West was louche and messy, arrested on at least two occasions for being publicly sozzled, and his entire oeuvre feels like a mad two fingers up to the art establishment.

Producing work from the 1970s in his native Vienna, he had little time for his serious, political peers. His early pieces lampooned the avant garde Viennese Actionists; shortly after Günter Brus was released from prison for masturbating in public while covered in his own excrement and singing the Austrian national anthem, West was larking about naked in a cardboard box. His playful critique of the art world wasn’t reserved for his countrymen, either: in a tribute to Duchamp’s Fountain, West set up an actual urinal that men were invited to wee into (sadly there’s no working version in this show).

His works demand to be taken unseriously, from his early, cheeky nudes to his large-scale, intestinal sculptures. By two rooms into this exhibition you have a fair grasp of West as an artist: prolific, chaotic, occasionally brilliant, almost always silly. There are sketches and collages and sculptures and videos and paintings and reliefs and photographs and pieces of furniture and posters and miscellaneous objet d’art.

He’s perhaps most famous for his “passstűcke” or “adaptive” sculptures, which visitors were encouraged to play about with. One glued a pair of sandals to a board and invited people to step into them, becoming the art. Others are just daft, amorphous blobs of papier mache and metal that can be slung over one’s shoulder or worn as a hat. One looks like a giant ham, another like a stingray peering through a telescope. The originals are too fragile for Tate Modern visitors to mess around with, but replicas are on hand, as are curtained-off areas where people can play with the art in private (God knows what might happen behind those sheets).

Later he worked on more legitimate sculptures, which he called his Legitimate Sculptures. These are wild, scraggly things, many of which incorporate objects like hats or, more often, empty wine bottles. Some sit atop plinths and one or two have plinths perched on atop them.

As he got older, his sculptures got bigger. The most impressive are room-sized things resembling toothpaste-swirls and floating pink bacteria. He went through a “furniture phase” – who hasn’t? – where he’d create strange things made of welded iron rods, or a chair that looks like the spearmint-green offspring of a boat and a roller-coaster.

It’s great fun from start to finish, painting a vivid picture of West’s singular mind and wicked sense of humour.