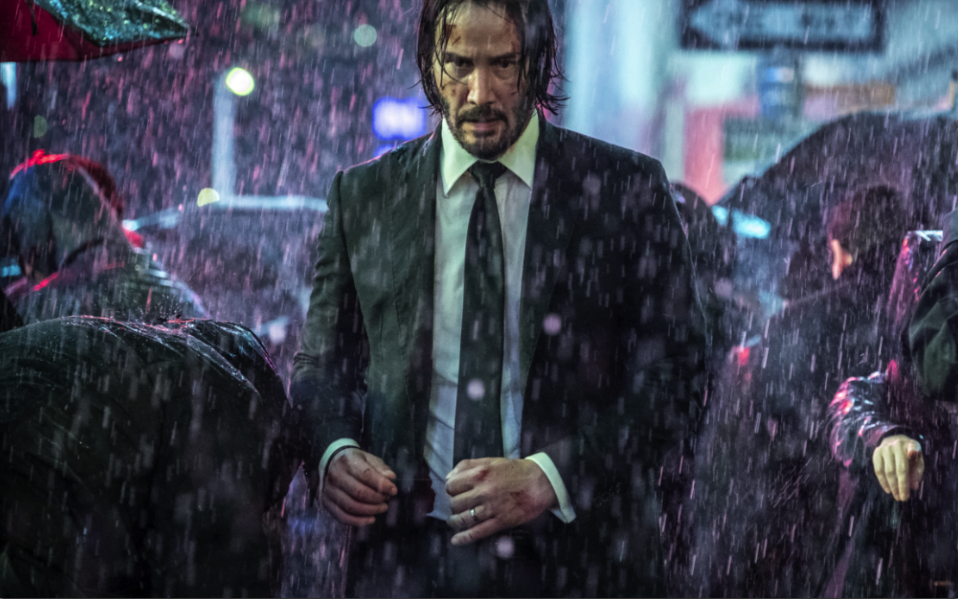 The John Wick films are so far ahead of other Hollywood action movies that this third installment is the best the genre has produced in recent years, without even being the best film in the franchise.

We pick up immediately after the end of Chapter 2, with Wick having been declared ‘excommunicado’ from the High Table, a kind of Bilderberg Group for contract killers. As part of his banishment a $14m bounty is placed on his head, a prize that his fellow assassins – who organize themselves into neatly homogenous gangs, West Side Story-style – are keen to claim. The opening sequences are the most frenetic, with Wick attempting to escape New York, pursued by an unbroken wave of assassins, who he dispatches in typically ridiculous fashion.

From here on, the film is what the franchise has always been: a celebration of the aesthetic possibilities of violence. Violence is delivered with guns, knives, and hardback books; it is delivered underwater and on horseback, all filmed in the inimitable cartoonish style director Chad Stahelski has pioneered over the past two movies.

This kind of stylised savagery is now a staple of Hollywood action movies, but in Parabellum it might have found its purest expression. The violence here stands entirely alone, untethered from any physical or emotional consequence.

Previously this was only a directorial choice, but even the characters are in on it now: there is a thread of fourth wall-nudging self-referentialism running through the whole film, from the primary antagonist’s fanboyish obsession with Wick to the two assassins who pause mid-fight to tell him how honoured they are to come up against him in combat.

This procession of artful brutality might become dull – especially given the film’s 140-minute runtime – if it weren’t so endlessly imaginative, so beautifully choreographed and shot.

At the heart of the film’s success is another winning performance from Reeves, surely one of Hollywood’s most underappreciated stars, who three movies in is still somehow outpacing scores of assassins with that graceless, lolloping run.