Death of a Salesman at the Young Vic review: Casting black actors adds a new dimension to Arthur Miller's classic 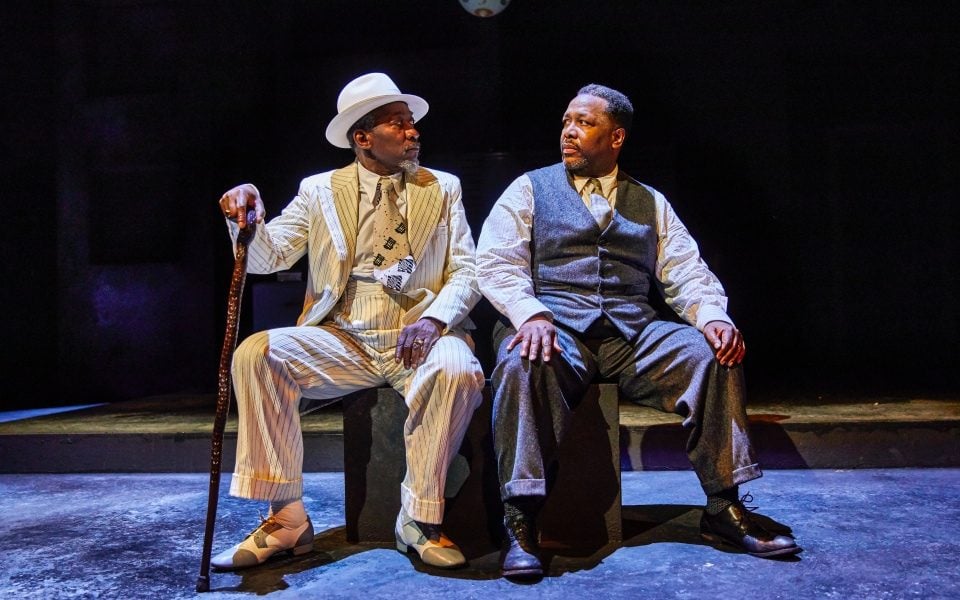 Such is the power of the racial divide in America that simply casting a black family at the heart of Arthur Miller’s 1949 masterpiece presents it in a dark and troubling new light.

The Wire’s Wendell Pierce plays Willy Loman, the titular travelling salesman weighed down by economic hardship, social anxiety and a crippling desire for his eldest son to make a success of his life. But the fact Willy is a black man in a predominantly white world invites you to consider how many of his problems – real and imagined – are the direct result of institutional racism.

Why exactly has Willy, a veteran salesman with 34 years of pavement pounding under his belt, been turned over for promotion time and time again? Is it his rather troublesome personality – his pigeon-chested chippiness, his propensity to cave to his mortal desires – or is it the colour of his skin?

Are the pressures he places upon his athletic son the result of personal insecurity, or the knowledge that to achieve something in the world, young black men need to work harder than their white counterparts?

These questions are raised subliminally, without recourse to changing Miller’s text; the only direct acknowledgement that the family is black are musical interludes, during which the cast play and sing soulful gospel songs.

Director Marianne Elliott and Miranda Cromwell manage to broach all of this without muddying the play’s personal tragedy, its portrayal of a man who feels he’s wasted his life, who’s been chewed up and spat out by an uncaring world, whose mind and body are failing him.

This is in large part to brilliant performances by Pierce and Sharon D Clarke as Willy’s long-suffering but dignified wife Linda.

Miller’s play never seems to age, and this version is as vital as ever.