A Tube stop is usually the making of a neighbourhood in London. But in the case of Dulwich in south east London, the absence of a London Underground station may have been an advantage. Left to its own devices and hardly a tourist hotspot, some say this has allowed Dulwich to develop a character all its own.

“Dulwich tends to be mentioned in the same breath as Balham and Blackheath by South London house hunters with leafy North London budgets,” says David Fell, research analyst at Hamptons International. “And like most of South London’s villages, being off the Tube map has helped it to carve out a name for itself.”

With a high street packed with independent boutiques – nearly 70 per cent of it, in fact – and a host of beloved local cafes and restaurants, it’s a quintessential London village.

That’s not to say Dulwich lives in splendid isolation. With three rail stations to its name – East, West and North Dulwich – not to mention nearby Herne and Tulse Hills, there are plenty of train links into Victoria, London Bridge and the City via Thameslink. Rather, it’s a slice of suburbia nestled next to the twin urban hipsterdoms of Brixton and Peckham.

While they tend to be favoured by young professionals, Dulwich Village attracts well-heeled families. This is due in large part to the housing stock, which boasts a good amount of Victorian and Edwardian terraces and semi-detached houses. There are even some larger Georgian houses to suit bigger budgets and newer 60s developments for growing families.

The well-preserved architecture in the area has a lot to do with the Dulwich Estate, a 400-year-old charitable trust that still owns and manages a large slice of SE21 and tightly controls building works in the area.

Sylvia Jones, sales manager at KFH Dulwich, says the community atmosphere makes it “the most delightful place to live, offering a relaxed lifestyle and a real sense of community.” 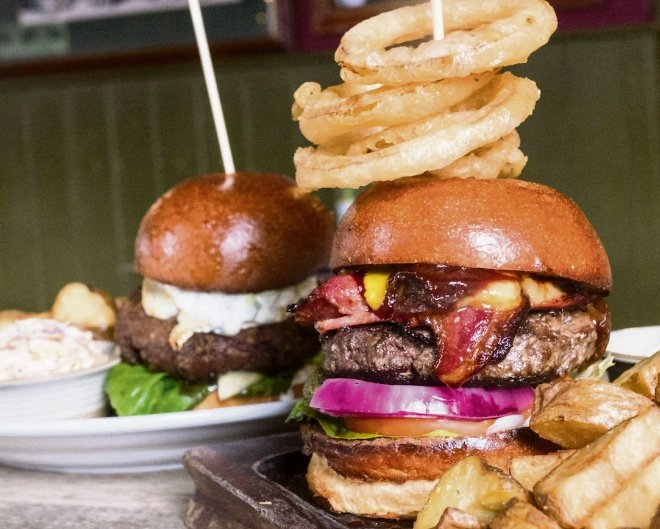 Burgers at The Great Exhibition pub

“The other principal driver,” says Paul Humphrys, head of Knight Frank’s Dulwich office, “is the exceptional quality of its state and independent schools, including world-famous Dulwich College, James Allen’s Girl’s School, Alleyn’s and the Charter School. These institutions attract buyers from other parts of London and from international destinations.”

Today, the market is driven more by bankers’ bonuses than creative’s cash

“The prestigious area of Dulwich Village, boasting substantial family homes with large gardens, is especially popular with families, while professional buyers opt for Victorian houses and conversions in close proximity of buzzing Lordship Lane,” he adds.

The aforementioned Lane has recently become home to a number of fashionable outlets, from Meat Liquor, to Dulwich Picturehouse, from Franco Manca to Cheese Block.

Aside from Dulwich Village, popular roads for families include Court Lane, Alleyn Road and College Road, where the most expensive home ever to be sold in the area, a detached house, went for £5.6m, according to figures pulled together by Hamptons International with Land Registry data.

The statistics also reveal an almost complete lack of contemporary development, with fewer than 1 per cent of homes sold in Dulwich classed as new builds. Instead, those looking for open plan living tend to go for one of a growing number of Modernist mansions that have replaced 1930s bungalows.

“Today, the market is driven more by bankers’ bonuses than creative’s cash,” says Fell, emphasising just how much the local market has changed in the last decade. 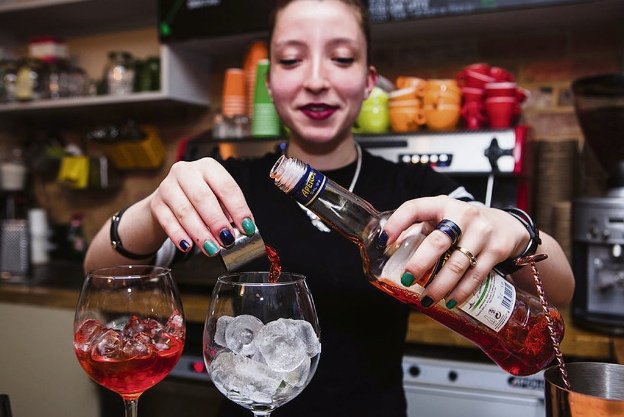 Dulwich Picture Gallery claims to be the world’s first purpose-built public art gallery and it’s still chock-full of 17th and 18th century Old Masters. Sir John Soane’s magnificent building also boasts the most stolen artwork of all time, Rembrandt’s portrait of Jacob de Gheyn. Dulwich Park, meanwhile, is a much-loved green space created out of former farmland and meadows, boasting a winter garden and a vegetable patch as well as a number of sports facilities. Head over to the The Great Exhibition pub in East Dulwich for one of their fine Sunday roasts with all the trimmings. For haute fare, try Franklins, a neighbourhood restaurant with adventurous taste and a real commitment to sourcing good British ingredients. Brunch is always a fine idea at La Scala, an independently-run Italian coffee house, or Dulwich Clock Cafe (pictured above).