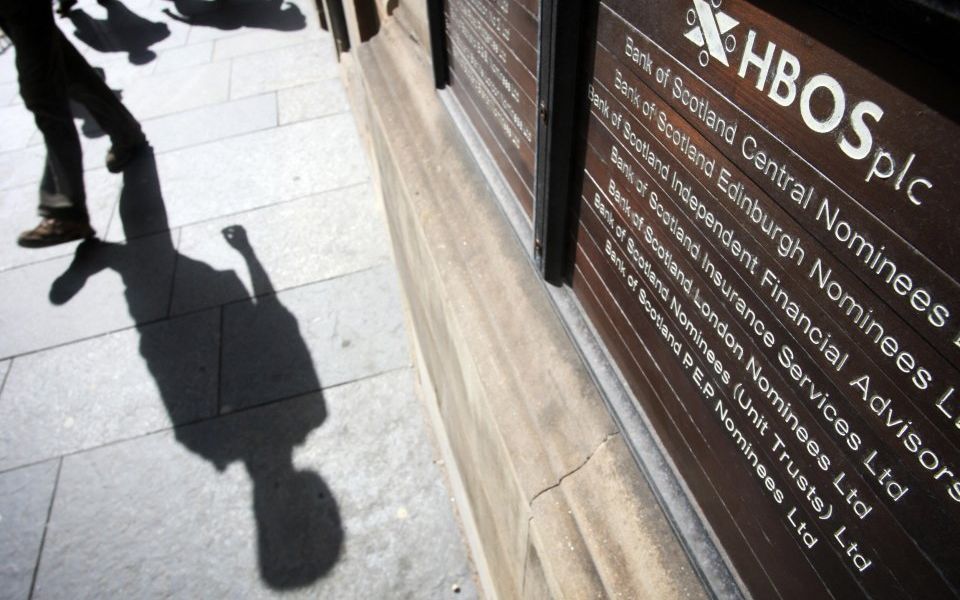 The internal report by a Lloyds Banking Group employee, who has since departed the firm, details allegations of criminal misconduct by senior bank staff and auditors around the handling of the incident.

The report alleges that top executives at HBos understated the extent of liabilities left by the fraud to regulators and to shareholders ahead of the takeover of the stricken bank by Lloyds in early 2009. It also alleges serious misconduct by auditors KPMG.

Had the size of the provisions needed to cover the fraud been properly disclosed a 2008 rights issue by HBos and the subsequent emergency takeover by Lloyds TSB at the height of the financial crisis would not have been possible, the report speculates.

Six people, including former Hbos managers, are currently serving a combined 47 years in prison for the HBos Reading fraud, in which they deliberately pushed small firms out of business before stripping their assets for personal gain between 2003 and 2007.

The influential Treasury Select Committee is "likely to consider" the report in its investigation when several separate probes into the scandal are finished, its chair Nicky Morgan said tonight.

The so-called Project Lord Turnbull Report was “initiated by our employee at the time on her own initiative”, a Lloyds spokesperson said. “As soon as it came to Lloyds’ knowledge, the then head of group audit asked the employee to set out what she had found.”

The report was then provided to the Financial Conduct Authority (FCA) and the police in 2014, according to Lloyds. It had not been published until today.

“The FCA is currently investigating the extent and nature of the knowledge of the discovery of misconduct within HBos Impaired Assets office in Reading and HBos’ communications with the regulator after the initial discovery of the misconduct,” a Lloyds spokesperson said.

Lloyds has also provided the report to Dame Linda Dobbs, the former high court judge who is currently undertaking a review, commissioned by the bank but run independently, on the scandal and its aftermath.

The All Party Parliamentary Group (APPG) on Fair Business Banking had previously told Lloyds it would publish the report later this week. It will still do so in a version redacted to protect the identity of whistleblowers, City A.M. understands. The report was today published separately by an independent businessman who is highly critical of the British banking sector.

Kevin Hollinrake, the MP who leads the APPG, said: “We welcome the publication of the report, the contents and allegations of which require rigorous public scrutiny and to be subjected to full investigations by regulators, fraud and crime agencies.

“However, we are concerned at the clear lack of regard for the privacy of the whistleblower and author of the report and urge the publisher to immediately redact her personal contact details.”

A KPMG spokesperson said the accountancy giant had not seen the report until today.

The spokesperson said: “We strongly refute these allegations, which we believe to have no basis in fact.

“It is very concerning to us that such serious and defamatory allegations have been made in circumstances where the author of the report has not had the benefit of reviewing any of the relevant audit working papers. It is also unclear to what extent the report has taken account of, or accurately represented, the relevant professional obligations of an auditor.

“We have cooperated fully with the detailed investigations undertaken, including those by the PRA/FCA and the FRC, none of which concluded that our work did not meet the applicable audit standards of the time.”