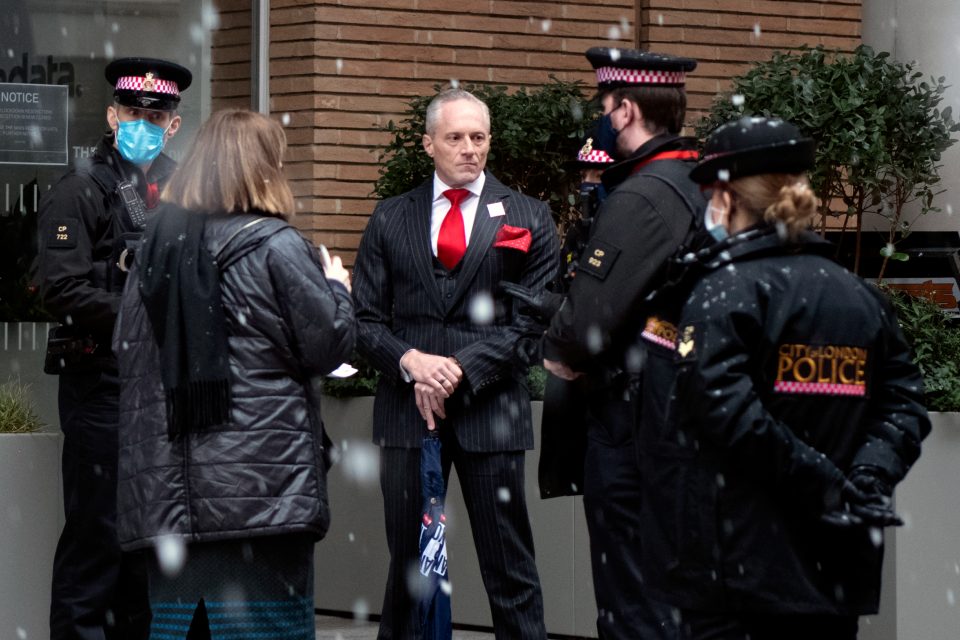 Independent mayor of London candidate Brian Rose is facing calls to pull out of the race over a video on his website that contains a slew of antisemitic conspiracy theories by conspiracy theorist David Icke.

The video in question, from 2019, features Icke telling Rose in detail about how 9/11 was a plot hatched by the state of Israel and that a large group of “ultra-zionists” in America were responsible for the cover-up.

Icke also says in the London Real video that there is a “hidden hand” of “ultra-zionist extremists” who run the world through a series of shadowy organisations.

These kind of conspiracy theories have been spread about Jewish people for hundreds of years, with modern day iterations often using the word zionist in place of Jew.

Rose did not contest any of these theories in the video, which is still live on his website.

The independent candidate was last year also criticised for an interview he did on Evening Standard-linked TV station London Live, where Icke said that Covid was caused by 5G towers.

A joint spokesperson for the Jewish Leadership Council and London Jewish Forum said the conspiracies contained in the video were clearly antisemitic.

“David Icke is a renowned antisemitic conspiracist and true to form he shared some of those conspiracies with Mr Rose, who failed to challenge any of it,” they said.

“It is deeply worrying that a candidate for Mayor of London did not challenge Mr Icke’s anti-Jewish racism. We have faith that London voters will reject such views.”

Liberal Democrat mayoral candidate Luisa Porritt said Rose should quit the race over of his platforming of Icke and his conspiracy theories.

“No candidate seeking to represent our diverse and liberal city should be giving a platform to sickening, antisemitic conspiracy theories about the tragedy of 9/11,” she said.

“Brian Rose is not only weird but dangerous and he should withdraw immediately.”

Icke, a former footballer and broadacaster, has long been condemned for antisemitic conspiracy theories, such as his belief that “Rothschild zionists” run the world and that Jewish people bankrolled Hitler.

In 2019, he was banned from entering Australia for his extreme views.

However, when City A.M. asked Rose about whether he regretted giving Icke a platform on multiple occasions he said that the conspiracy theorist “is not even in the top-five” most controversial people he had interviewed.

The video in question is advertised on Rose’s website as a discussion, among other things, about “dancing Israelis”, a 18th century Jewish sect called Sabbatianism and “the big ultra-zionist plot” of 9/11.

When asked why he hosted a conversation about these topics, Rose said: “When he was on my show we didn’t discuss these things and I don’t allow anything illegal to be discussed on my show.

He has spent more than £1m in his independent mayor of London campaign.