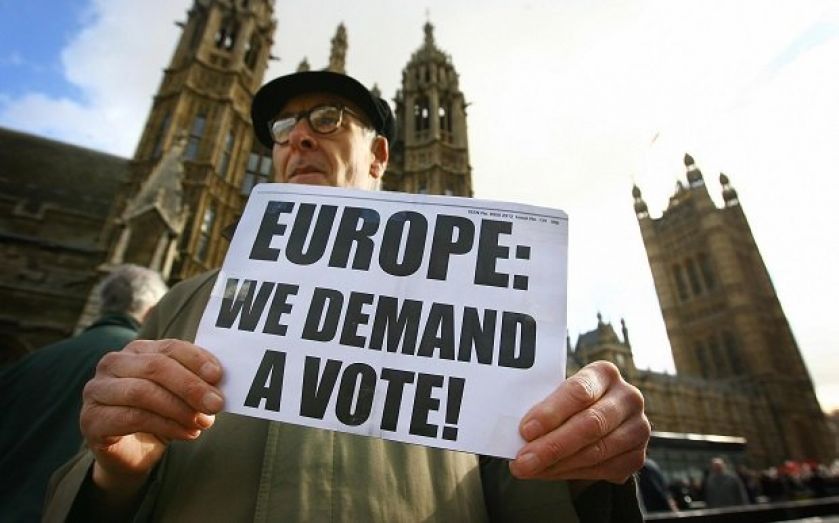 David Cameron has promised to renegotiate Britain's membership of the EU and put the result to the people by 2017. But if Brits vote to leave, the capital's property market could suffer in the aftermath, big four accountant KPMG reckons.

In fact, those involved in the property market believe the prospect of a "Brexit" poses a far greater threat to the capital's property market than the uncertainty of this year's General Election. The electoral contest is widely believed to be the most unpredictable in 100 years.

The research found 66 per cent of the real estate experts said "Britain leaving the EU would have a negative impact on inbound cross-border investment". On the other hand, only 31 per cent believed "political uncertainty in the run up to the general election would dampen investment".

The spill- over effect of the UK leaving the EU is unlikely to be limited to London and the UK's real estate markets, but regardless of the long term impact there is likely to be a pause in deal activity as investors survey the new landscape.

Britain's future in Europe was recently the focus of German chancellor Angela Merkel's visit to the UK. David Cameron has been seeking ways to limit the free movement of people within the EU and crack down on welfare for migrants. As the situation stands, it is almost impossible to imagine Merkel budging on free movement, one of the four "fundamental freedoms" of the EU.

For the moment, the polls suggest that were the British people given a vote, they would choose to stick with the EU – but only just. While experts fear the repercussions of referendum, the industry on the whole remains bullish.

“The stuttering recovery in other markets is funnelling capital into London at the moment, which is driving this bullish sentiment,” said White. Almost 90 per cent of the respondents thought London would retain its dominance of the European market until the end of the decade.

There was a substantial split over how changes to Capital Gains Tax for foreign investors would affect the market. Almost half said there would be no difference, but 40 per cent thought the changes would negatively impact prices.

The biggest barrier to investment, however, was not political uncertainty or the tax regime but the availability of stock. White commented:

Competition for assets remains fierce, and we are seeing an increase in investors buying for the long term, which is likely to have a dampening effect on supply. There is no immediate solution on the horizon, because there is little development in the pipeline. This is pushing investors up the risk curve to access the opportunities that offer the returns they need.