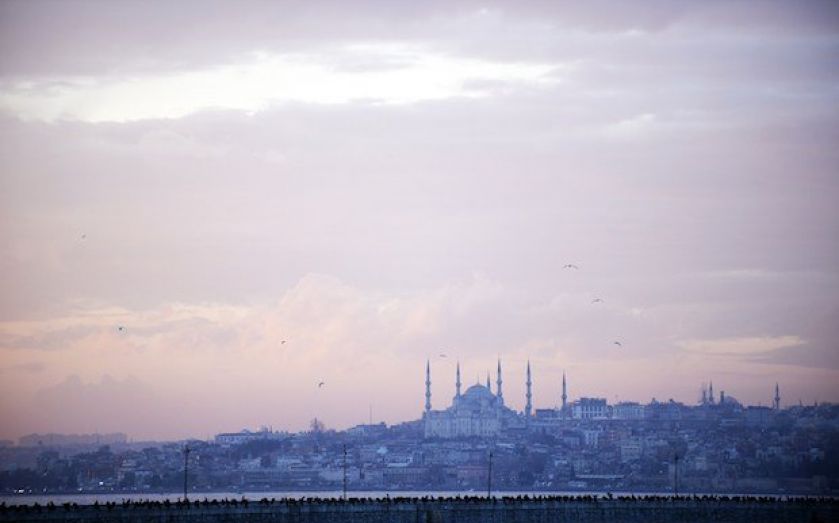 THE EMERGING market sell-off has prompted central bankers to act. Yesterday, South Africa’s central bank raised its benchmark interest rate by 0.5 percentage points to 5.5 per cent, citing the depreciation of the rand and an increased risk to the country’s inflation outlook. The Reserve Bank of India has also increased its benchmark rate by 0.25 percentage points to 8 per cent. Most unprecedented of all, however, was the Turkish central bank’s decision late on Tuesday to hike its key policy rate from 4.5 per cent to 10 per cent in response to the recent sharp sell-off in the Turkish lira. Turkey’s decision, in particular, left the impression of monetary planners acting in sheer desperation. Its central bank – like some of its emerging market counterparts – looks to have forgotten that its currency (at least officially) is free floating. Its aggressive tightening of monetary conditions bears all the hallmarks of a misguided attempt to quasi-fix its exchange rate – with dangerous potential implications. The idea behind a floating exchange rate regime is to allow the currency to act as a shock absorber, and to thereby shield the economy from internal and external shocks. It is meant to allow the central bank to focus on domestic monetary policy objectives, such as ensuring price stability over the medium term. Luckily, most emerging market economies are today officially committed to floating exchange rates. Some recent history will demonstrate why this is important – for that was not the case in 1997, when the Asian crisis hit. Then, the first country to feel the heat was Thailand. It had enjoyed a strong boom, and had a sizeable current account deficit. As investors started to fear that the boom was ending, the Thai baht came under massive pressure – causing interest rates to skyrocket and the money supply to contract. That caused a widespread financial crisis and triggered a major collapse in the Thai property market. Eventually, the Thai central bank had to give up the fight and let the baht weaken – in fact the currency more or less collapsed. Significantly, however, the devaluation was not the beginning of the crisis, it was the end. For as the baht weakened, Thailand’s current account situation improved dramatically and the economy started a fairly strong recovery. The Asian crisis in 1997 is a clear illustration of the cost of trying to maintain artificially strong currencies. Now imagine that Turkey had had a pegged exchange rate in the past six months. The lira would have come under the same selling pressure as under the floating exchange rate regime. But if the central bank had tried to defend the peg, the outcome would likely have been the same as in Thailand in 1997 – we would have seen a massive monetary contraction, financial crisis and a deep recession. Relative to that scenario, the sharp drop in the Turkish lira we have seen over the past six months has been comparatively rosy. Yes, inflation and inflation expectations have picked up a bit and arguably inflation is too high compared to the Turkish central bank’s official 5 per cent inflation target. In fact, the bank could have conducted a gradual and moderate tightening of monetary conditions, and thereby ensured that we would not have not seen this increase in inflation expectations. But even that scenario would have been quite rosy compared to if Turkey’s central bank had had a pegged exchange rate. Yet the interest rate hike this week suggests that Turkey now fails to realise quite how high the cost of a pegged exchange rate regime can be. The central bank’s attempt to prop up the lira by aggressively tightening monetary conditions is effectively an attempt to quasi-fix the exchange rate – and we will likely see the same kind of negative growth effects as if there had been an actual pegged exchange rate regime. Obviously, Turkey has not returned to a pure pegged exchange rate. But trying to curb the sell-off in the lira in this stop-go fashion is likely to have a similarly damaging effect on growth. Ultimately, if the Turkish central bank continues to seek to prop up its currency, the end result will be serious financial distress as well. I certainly hope that Turkey’s desperate monetary tightening was a one-off. I equally hope that emerging market central bankers more generally realise that the best way to avoid a repeat of the 1997 Asian crisis is to allow exchange rates be determined by the markets. Otherwise, ill-informed central planners risk turning emerging market volatility into something much more worrying. Lars Christensen is chief analyst at Danske Bank and a fellow of the Adam Smith Institute. @MaMoMVPY